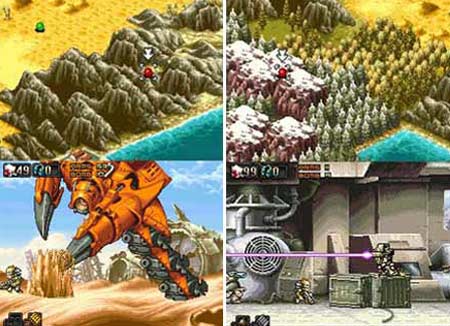 Here’s the latest roster of Nintendo downloadable games which is rather short as far as new titles are concerned – While a fresh shooter called Commando: Steel Disaster arrives for the DS and the 3DS, Touch Battle Tank 3D and Real Bout Fatal Fury Special are the only two other games that debut for Nintendo devices this week.

In Commando: Steel Disaster, a military group is being attacked by its own war machines, and at the center of this disaster is a terrorist organization led by a guy named Rattlesnake. Playing as Storm, who’s a commando and a vehicle specialist, gamers must enter each of the affected areas and put an end to Rattlesnake’s ambitions. This title sells now on the DSi Shop as well as the eShop at 800 Points and $7.99, respectively.

Touch Battle Tank 3D is a usual tank game, but in three-dimensional graphics. It contains 50 original stages, as well as an additional 20 bonus stages. This 3DS exclusive is available through the eShop at a price of $4.99. Real Bout Fatal Fury Special on the other hand, is a Virtual Console port of the 1997 game of the same name. It can be purchased for the Wii in exchange for 900 Points. 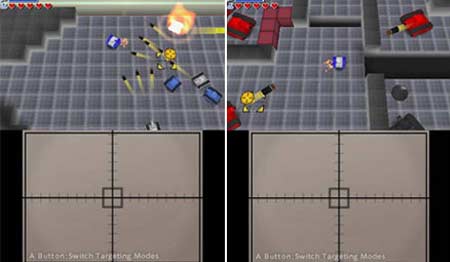 Other than these Nintendo downloadable games, this week also sees a discount being offered on Super Mario Land 2: 6 Golden Coins as part of A Month of Mario promotions by Nintendo. This game will be available at $2.99 till August 15, 2012. And Wii owners can now get for themselves a free one-month subscription of Hulu Plus till September 23.