This iPhone 7 design will blow you away [Video]

There’s still a long time left for Apple to unveil the iPhone 7 but as usual, artists have started imagining what this new device will look like. One such rendition, which has been created based on various patent filings by the company, has managed to grab our eye today.

The concept tries to elaborate the ‘wraparound’ display which Apple has reportedly filed a patent for. This will mean that the iPhone 7 or whichever future handset decides to go ahead with this design approach, will ship with a bezel-less front surface bearing a curved screen.

Most probably, there won’t be any side surfaces for the handset as well, with the physical volume buttons being turned into virtual ones. This design leaves no space for the fingerprint scanner, but Touch ID support will indeed be present on the iPhone 7. We’re not sure why the creators of this blueprint, Mesut G Designs have chosen to leave it out of their concept.

It is being speculated that future smartphones from the company will ship with tiny camera modules on their back surfaces, while they will even grab speaker grills on their rear and bottom ends. The next-gen iPhone models will apparently have their power buttons placed on the top, rather than on the side. 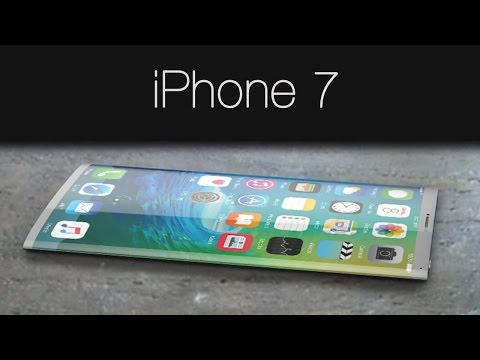 As for other speculations about the iPhone 7, we had heard recently that Intel could very well end up providing LTE modems for the handset. Moreover, the company is also expected to provide Apple with its AX processors which are currently being made jointly by Samsung and TSMC.

Also Read: This is why iPhones have those lines on the back

Do note that the iPhone 7 concept image and video you’re seeing above should be taken with a handful of salt. Such predictions don’t always turn out to be true, but they give you a slight idea about the design cues that will be used by the new phones.