Evil thoughts about someone you hate are very normal; but do you hate someone so much that you’d give them a rigged USB drive which would completely wreck their PC once it’s connected to it? If your answer is ‘Yes’, then let us tell you that we appreciate your high levels of nefariousness. And now that we’ve got that out of the way, here are some more details on this handmade device.

The idea behind this bomb drive is pretty similar to the concept of the floppy disk bomb which existed in the yesteryear. While this old gadget melted into the drive once inserted, the rigged USB drive electrocutes the entire computer from the inside out. Its charm lies in the fact that from the outside, this evil gadget looks like a usual USB flash drive. 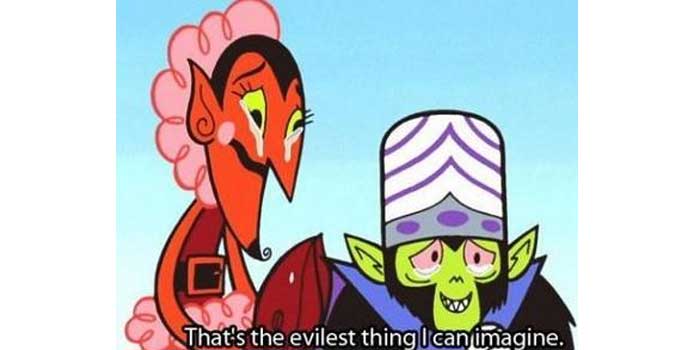 Brought to our attention by DigitalWack, it has been crafted by someone from Russia and detailed on a site named Habrahabr.ru. Enticed by the comments received on its page, the inventor is apparently considering starting a crowd-funding project to produce it on a large scale.

Also read: LaCie RuggedKey USB drive up for grabs at $39.99

Once this USB drive is connected to a PC, an inverting DC/DC converter begins charging the capacitors to -110V. The DC/DC only gets switched off when the said voltage is reached. This is when the field transistor opens to apply the -110V to the signal lines of the USB interface. And once the voltage on the capacitors increases to -7V, the transistor closes and the DC/DC starts, resulting in a loop that breaks every possible component on the PC. 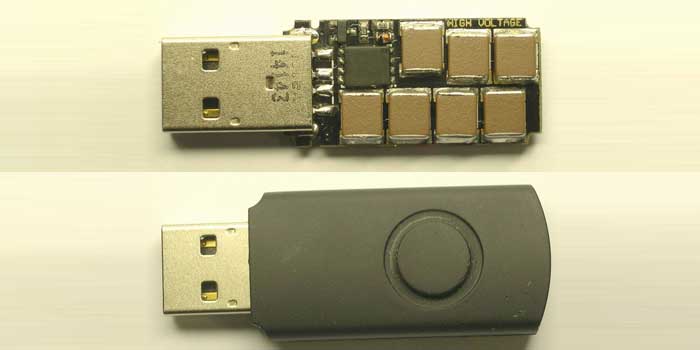 This bomb USB drive has not only created excitement, but it has also invoked a huge fear that should make you think twice before inserting a random flash drive into your PC.