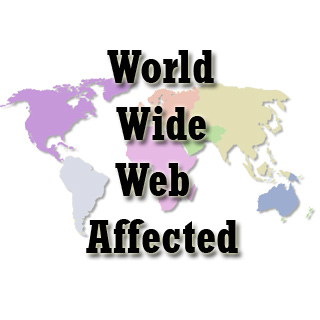 Reportedly, FLAG Telecom is the one who owns the damaged cable. And ships have already been sent to undertake repair work, which is expected to be complete by February 12th.

The actual cable cut has happened deep under the Mediterranean Sea, about 50km away from Dubai, and that’s where the repair team has been sent. Apparently, the reason of such a cut is unknown.

Internet service has become the backbone of most of the businesses and such a major cut would lead to the great loss for them. Luckily, Friday’s cable cut could not affect Internet service in Dubai and Egypt, the nearest countries from location of the cable, as Friday is a holiday in most of the offices there.

However, internet services worldwide have been adversely affected. Internet in many countries has slowed down and people are unable to complete the work.

Major Indian internet services such as Reliance and VSNL have also been affected badly.

Looking at the whole scenario, the internet is expected to be as slow for around one more week. And customers are alerted for the same. In short the internet service will be restored only after all the cables are repaired.