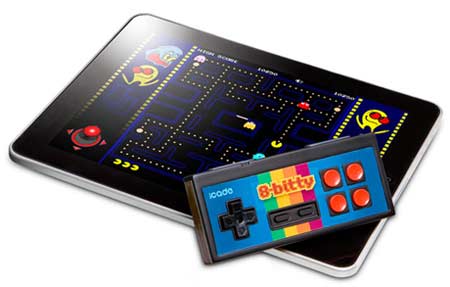 A younger sibling to the previously released iCade gaming cabinet, the ThinkGeek iCade 8-Bitty wireless controller has been introduced to level up the gaming experience on mobile devices. This wireless entrant can be used in conjunction with Apple handheld devices as well as Android smartphones and tablets.

The extremely compact and portable gaming controller sports a retro design. Its D-pad and button layout resembles the 8-bit game consoles that were famous during the 80’s and 90’s. As seen in the earlier announced iCade cabinet, this gadget is embedded with 8 buttons and the aforesaid directional pad to execute a number of functions.

“We’re excited to extend on the success of the original iCade. And with millions of iOS and Android devices in circulation it only makes sense to widen the field and bring the fun of iCade to every possible device,” stated Ty Liotta, head of ThinkGeek’s GeekLabs. 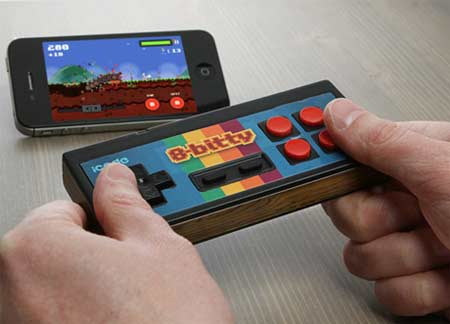 Users can indulge in comfortable extended gaming sessions as this ThinkGeek offering can be employed to play over 100 iCade games such as the Super Mega Worm, Atari Classics collection and Pac Man amongst others. Also, other Android and iOS titles can be indulged in using this controller. Developers are required to utilize the public API specification for making the device compatible with any number of games.

The ThinkGeek iCade 8-Bitty controller has been showcased at the Toy Fair 2012 which is currently being held in New York. The wireless gaming device is priced at $24.99 and will be made available through the official website, before the end of this year.