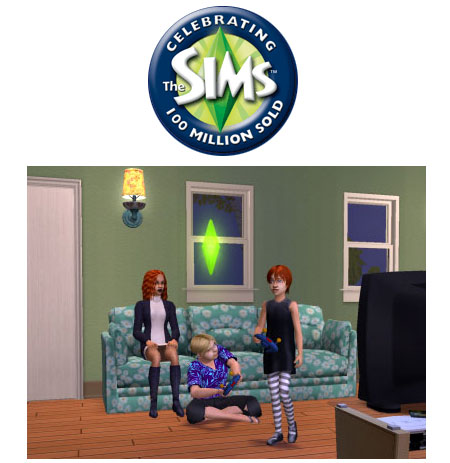 Reason for celebrations at Electronic Arts as the US gaming giant has achieved the milestone of selling the 100 millionth unit of “The Sims” game.

EA stated that the Maxis-created lifestyle simulator series title is available in 22 languages and across 60 nations worldwide.

On the company website, an overjoyed Rod Humble, Sims Studio head, EA stated, “At this milestone, we want to thank players of ‘The Sims’ everywhere for making ‘The Sims’ such a worldwide phenomenon.” Adding, “‘The Sims’ has been an interactive experience for people around the globe to explore their passion for creativity and we’re thrilled to be a part of that.”

The range of games is “truly unique in the world of interactive entertainment because it attracts creative people around the world of all ages and both genders,” noted Label President Nancy Smith.

Since its 2000 launch, seven expansion packs and a sequel, The Sims 2 (with its own expansion packs), have been rolled out. Sims 3 was announced in November 2006 and is expected to roll out sometime in 2009. In 2007, 20th Century Fox revealed that it had acquired the film rights for The Sims and a film is to be expected in 2009. The game title has won a number of awards, including GameSpot’s “Game of the Year Award” for 2000.