The Cup PC Concept gets inspired by Everyday Behavior 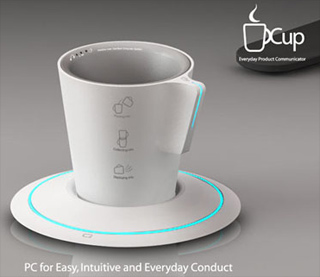 For a fact, our coffee mug is something we greet hands with more often than anyone else on a day-to day basis. From the morning cuppa coffee to the health green tea, it’s all done sipping through the very modest cup. How surprised would you get when instead of tea or coffee some data gets poured out from your cup? Bewildered? Well now get ready to be amazed! 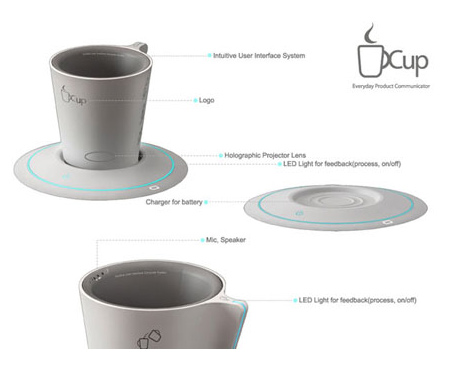 A concept dubbed “the Cup” has been developed which essentially seeks inspiration from the common behavior of humans in any and every situation and place. Apparently, in the future, the use of the computer would be more intuitive and easier than ever before. Interestingly, people wouldn’t have to go through the hassles of learning the PC as the computer system will have an effect on the behaviors of user’s everyday conduct, like using a cup.

Yet confused? Read on: 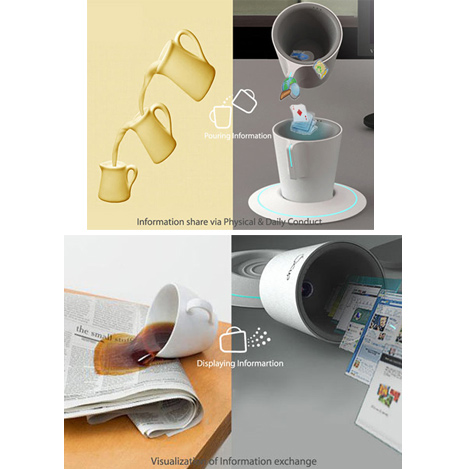 “The Cup” is basically a smart PC design with respect to following form and functions of physical and innate interface of cup. To simplify things, it could be said that this new PC follows typical behaviors when people use cups, which includes containing, collecting, piling and pouring water into other cups. Similarly the PC has functions of storing, sharing and organizing information. 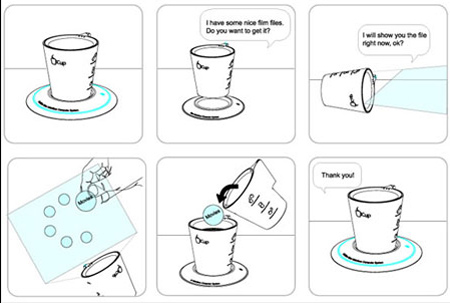 The images more than explain the concept. 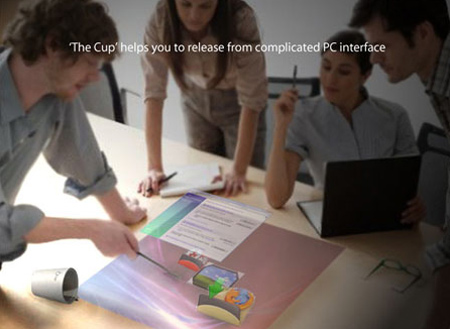 How interesting indeed! Well, who on earth doesn’t know how to use a cup?! The future surely awaits a free, home-based tutorial to learn the boon of the 20th century – the computer.