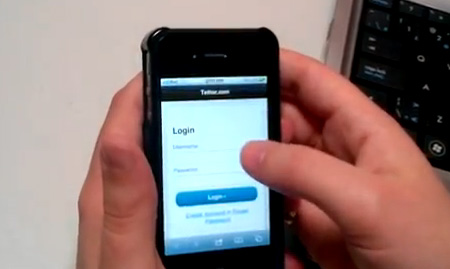 Tether for iPhone is quite a handy app that can’t be downloaded from iTunes. That’s because the last time it made its way to the virtual store, Apple was quick to show it the door. But the application is back with a bang and this time around, it doesn’t need Cupertino’s permission.

The app we’re talking about was originally launched for the BlackBerry platform way back in the 2009. It basically lets people treat their smartphone as a modem for hooking up their portable PC or desktop with an internet connection. So anyone with a data plan on their handset may not require to go looking for a Wi-Fi hotspot when in need of the internet.

“It was clear from our initial application iTether, there was enormous demand within the iPhone ecosystem. It was unfortunate that Apple decided to remove our application, only 20 hours after we launched. However, this caused us to innovate. Our underlying patent-pending technology behind Tether for iPhone is unlike anything on the market,” expressed Tim Burke, CEO of Tether.

But Apple didn’t take to the app which was set free for iOS under the moniker iTether and it was booted out of iTunes within less than a day of being introduced. The new version of the software operates on the HTML5 foundation instead, to deliver an entirely wireless connection over AdHoc and consequently, does not need to be downloaded from the App Store. 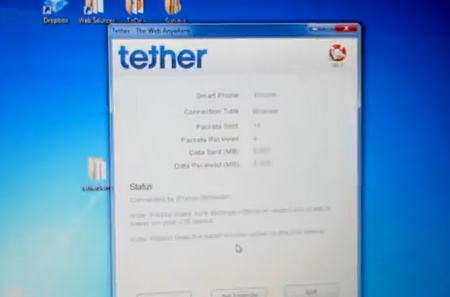 Tether for iPhone will be accessible at $30 a year, though it can currently be pre-ordered for a reduced price of $15. The software is also available for Android and BlackBerry devices and the company claims that the said users number at 5,00,000 in all.