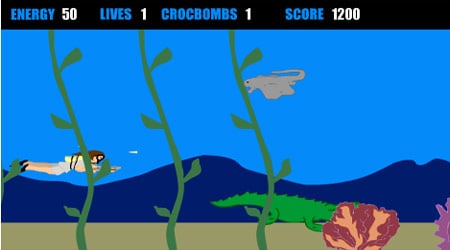 Gaming News website Destructiod.com has come up with a game on Steve Irwin’s death. It is insensitively titled Terri Irwin’s Revenge. The gameplay has late Steve Irwin’s wife going below the surface of the sea with a gun to slay the stingrays. And if that was not bad enough, it has her saying “Crikey” when she is hit by the stingray. The most horrible part is the end which shows Terri and her son standing next to the famous Australian Crocodile Hunter’s grave. 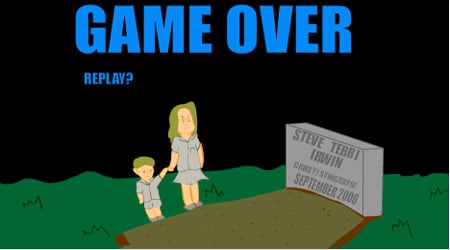 This is what Destructiod had to say about the game:

This is the height of insensitivity and no one has ever gone so low in the videogame industry.