If it’s TeraCopy alternatives that you seek, then you’ve come to the right place as we’ve got some of the finest file transfer software lined up for you below. The utility in question may no doubt be the best at what it does and the most recommended on the internet, but it might not be suitable for everyone. With so many praises of it being one of the fastest copiers on the market, some of you aren’t likely to get the performance you’d expect, especially if you’re running a newer version of Windows. What’s more, the app is feature-filled and it also integrates with the Windows platform which could mean that there’s a lot of stuff on board that you probably won’t require. 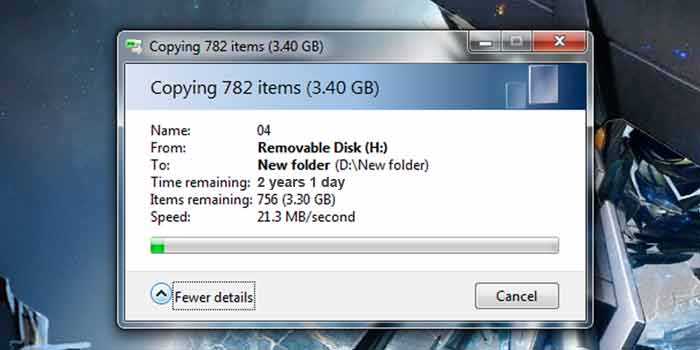 On that note, we’ve compiled a list consisting of the next best options so that the process of selecting file copy software is as convenient as possible. These tools attempt to deliver the highest possible transfer rates mostly nearing drive limits by leveraging different techniques. Below, you’ll find brief descriptions of each utility along with their main highlights. And like the tool in question, all of the recommendations on this roster are free to use. 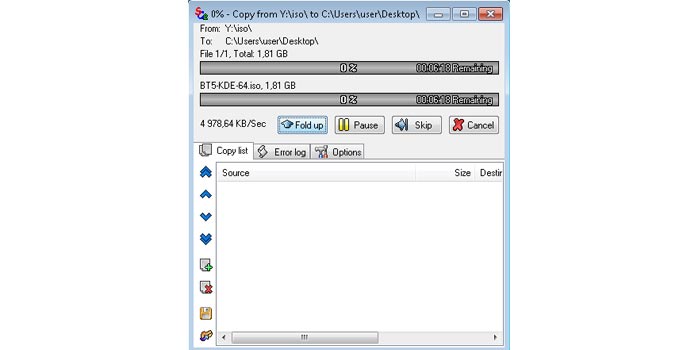 We’re starting off with one of the fastest file transfer programs available. Supercopier is said to be even snappier than TeraCopy and it’s one of the most recommended tools on the internet. Not only is it free to use, but it is being developed based on the open-source model under the GPL3 license. This software is best suited for copying or moving large amounts of files and folders especially those with large sizes. And since it gets integrated with Windows Explorer, you’ll be able to use the standard copy and paste functions. You even get a pause and resume feature.

One of the biggest downsides here is that the interface looks pretty outdated, but you’ll be able to customize it with different skins. The application is available in a total of 8 languages and it comes in different packages including a portable version for Windows and a full release for Mac OS X. An ultimate version can be acquired by shelling out €6.99. 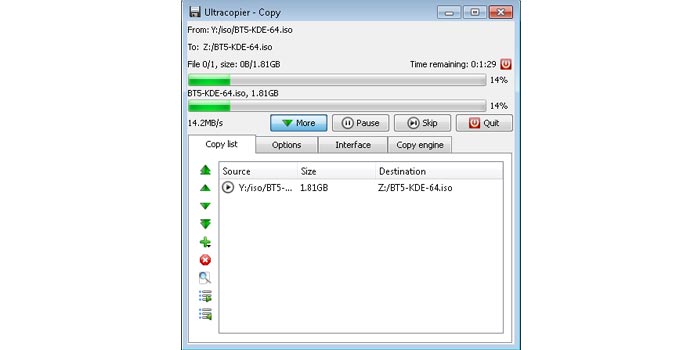 Ultracopier is another great option amongst the programs similar to TeraCopy. In fact, it’s an advanced version of Supercopier and has been created by the same developer. Like its sibling, this one acts as a replacement to the default file management in Windows and a Mac OS X version is also being offered. Apart from the usual features such as pausing and resuming operations, you’ll be able to edit the file list whilst copying. The application displays the speed at which files are being moved and it lets you set limitations.

Additionally, there’s a double progress bar that shows the transfer in % of individual and overall files. The tool also provides great error management where you can attempt to re-copy files from where they failed instead of restarting the entire process and rearrange the transfer order amongst others. Lastly, you’ll be able to customize the application through skins and plug-ins. The ultimate version can be picked up for €6.99 if you want to support the developer. 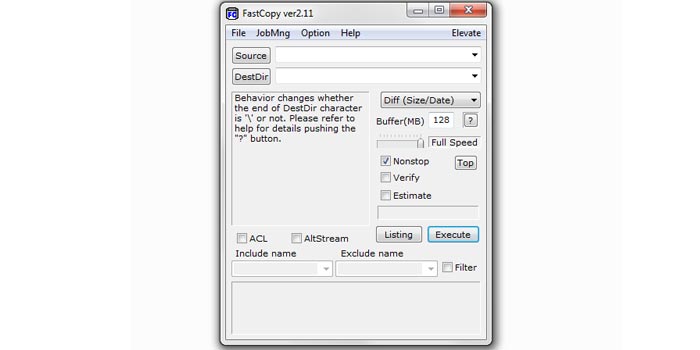 Next on the list is FastCopy that’s also a free open source tool. However, this one is designed only for the Windows platform and it comes in 32- and 64-bit flavors. The application is lightweight (around 400KB) and it won’t hog your system resources. The main highlight here is that installation is optional and you can start operations by simply running the executable file from anywhere on your PC or even a USB drive.

On the downside, it doesn’t integrate into Windows like other options and you’ll have to select the source and destination directories from the app’s UI which can be a little confusing to some. The tool also provides detailed stats such as read and write speeds, transfer rate and estimated time to finish amongst others. 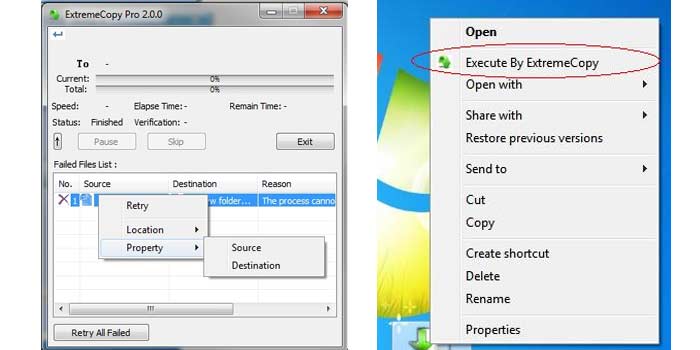 Like TeraCopy, ExtremeCopy Standard also integrates into Windows Explorer so that you can use the standard copy and paste functions for a hassle-free experience. This tool is best suited for copying large files and it can deliver around 20% more transfer speed compared to what you’d get with the default solution. And along with the ability to pause operations and skip files, it also provides a detailed view of the transfer through a progress bar and indicators for copy speed as well as elapsed and remaining time. If you’re using a Windows 8 system, then you’ll have to go for the Professional Edition release which will cost you $19.95, but there’s a 30-day free trial. 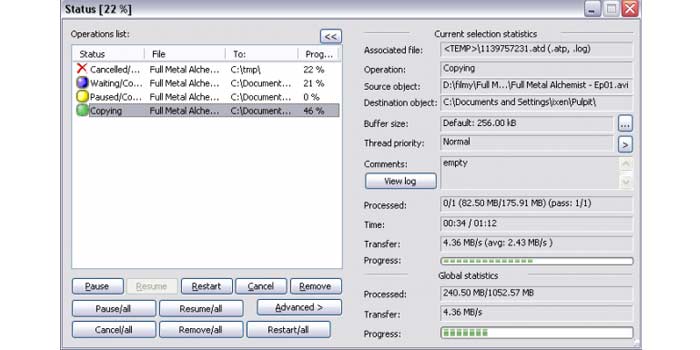 Copy Handler is another free release for Windows which acts as a replacement to the default file management system. It provides full control over transfers and also integrates into Windows where you’ll notice new options in context menus. And like most tools on this list, you also get detailed information on the transfer process. The program is highly customizable and one of its fey features is allowing you to resume unfinished transfers even after the system is restarted. 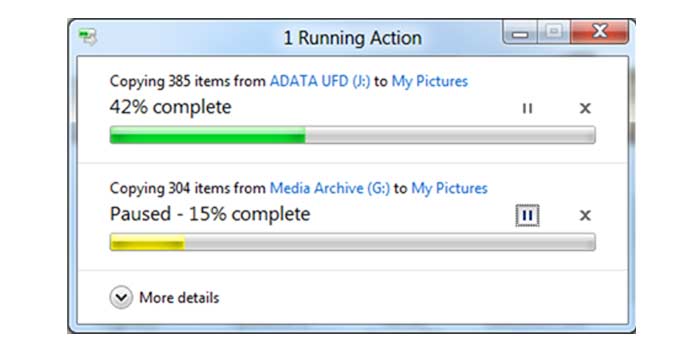 The aforementioned programs similar to TeraCopy are best suited for systems running older versions of Windows up to the widely popular XP. Well, if you are on any of these releases, it’s probably time to upgrade since Microsoft has stopped providing support and Windows 7 will get the same treatment in a few years. With Windows 8, the need for such tools shouldn’t arise as the Redmond giant has gone back to the basics and improved the overall file managed system. You’ll notice quicker transfer rates and more options such as pause and resume amongst others, made available via a clean UI.

Apart from the aforementioned tools, you might also want to take a look at FF Copy and RichCopy. If it’s transferring files and folders from one PC to another over a network or backing up content to a secondary drive, these TeraCopy alternatives are more than capable of speeding up the process. And they’re all lightweight tools as well. But do remember, their performance is limited to what your drive or connection can handle.