Lenovo is doing alright for itself in the Android market and is showing no signs of slowing down as yet another high-end smartphone is in the works under the X2-T0 codename. The handset was recently revealed by the TENNA certification website which is China’s equivalent of the FCC.

As always, the regulatory database has divulged a great deal of information on the handset including high quality pictures and specifications. The phone looks to be a pretty attractive one featuring an all-glass design like the S850 handset. However, this device appears to be more on the premium side with a more rectangular shape like what you’d see on Sony’s Xperia Z. 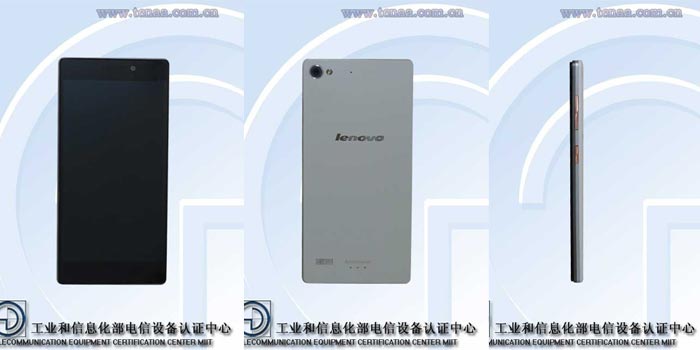 Additionally, the Lenovo X2-T0 is going to be a pretty slim one and even lightweight. Its thickness is just 7.27mm which of course isn’t the slimmest we’ve seen, but is still better than most phones on the market. And it tips the scales at 120 grams. Apart from these features, there will be a 1080p display onboard with a 13MP rear camera.

The certification website has mentioned that the processor implemented here has a clock speed of 2.2GHz. This clearly isn’t a Qualcomm Snapdragon chip, but GizChina notes that there’s a high possibility of the SOC being the Mediatek MT6595 which features the new Cortex A17 with PowerVR 6 series graphics.

We could see the Lenovo X2-T0 going official at the IFA 2014 and considering that it supports TD-LTE and TD-SCDMA, it’ll most likely be exclusive to Asian markets.