The forthcoming Huawei Ascend Mate 7 which was previously known as the Ascend D3 has showed up in detailed images and is accompanied by specs too. The device was recently spotted at the TENNA certification website which more or less confirms that it’ll go official at the company’s IFA 2014 event which is scheduled for September 4.

The Huawei Ascend Mate 7 is a 6.1-inch phablet and is the outcome of the merger between the Ascend and D smartphone series. The device is obviously the successor to the Mate 2 which went official earlier this year and it brings the series to the high-end segment by offering top-of-the-line components. 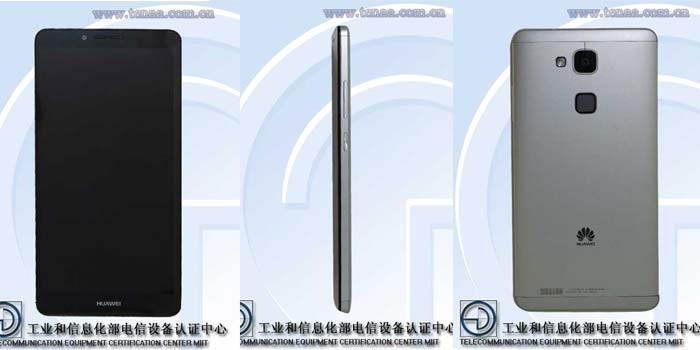 It stands 6.1 inches tall and delivers visuals at 1980 x 1020 pixel resolution. For its size, the Huawei Ascend Mate 7 is quite lightweight tipping the scales at only 185 grams and it’s quite slim as well, measuring 7.9mm. Where looks are concerned, you could easily mistake this phablet for the HTC One Max as it offers a similar metal design.

Also see: iPhone 6 to come with 128GB worth of onboard storage

The device will be powered by the company’s in-house Hi Silicon Kirin 920 octa core processor which is seen on the new Honor 6 flagship and it will have 2GB of RAM. The details provided by AnTuTu, however, suggest that the system memory will be 3GB. Apart from this, we know that there will be 16GB of storage, a microSD card slot and dual cameras.

Here’s an overview of the Huawei Ascend Mate 7 specs:

GSMArena notes that two models have been certified at the TENNA website confirming that the device will be headed to multiple carriers in China. An international version should also be in the works with LTE Cat. 6 support and it could have 3GB of RAM.