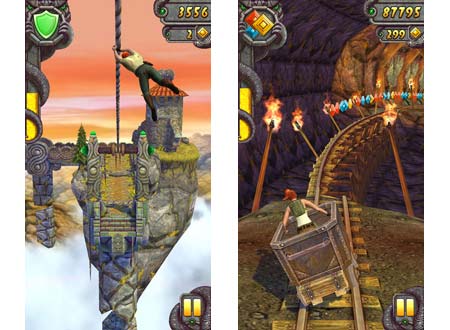 Temple Run 2 for Android will be released a little later than fans might like, and their Apple counterparts might be well on their way out of the ancient divine structures by then. The iOS version of the new game touches down today and features a whole lot of added entertainment. And going by a report, we could see the new title hit Google’s Play store sometime next week.

Temple Run 2 has apparently been built entirely around the cross-platform Unity engine. This should make it easier to port the game to other platforms and bring it to a wider range of audiences. And the flexible engine has another advantage. Games developed using it have potentially fewer problems and hitches when dealing with multiple versions. 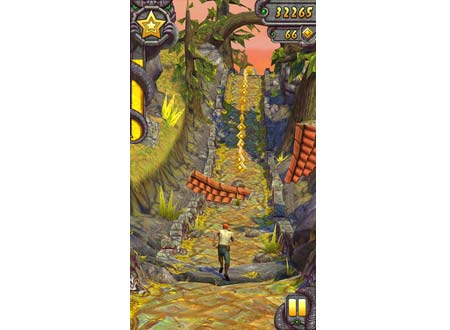 According to a report by Polygon, Keith Shepherd who is co-founder of Imangi, has confirmed to them that the Android version of the game is almost complete and should move out to the Play store next week. He further adds that this time frame has not been finalized and, on account of any unforeseeable delays, we could be made to wait longer. 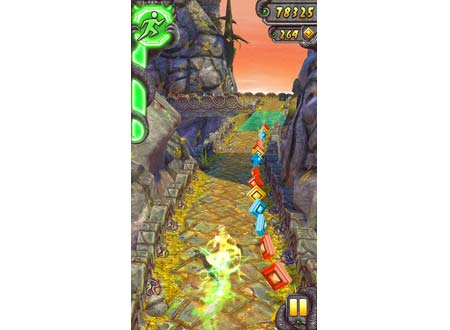 The first game was released for Apple platforms in August 2011 and came to the Google-certified OS much later, towards the end of March last year. It was received extremely well, and became a huge hit. The title provided challenging yet fun gameplay with a mildly complicated scoring system to boot. Then came the bonuses and power-ups lobbed on top of all that.

The new game features fresh graphics elements as well as new ‘organic environments.’ More power-ups are thrown at players, while there are also new obstacles and more achievements to be had. In addition, each character has special powers and there will be even larger hominid creatures. 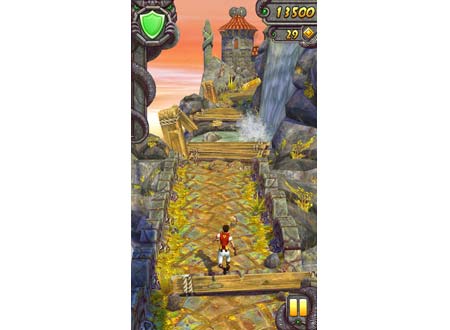 Temple Run 2 is available to download from the Apple app store for free. It comes in the form of a 45.7MB package and is compatible with a long list of iOS devices. The Android version is expected out sometime next week, but don’t be too disappointed if come January 26 it isn’t to be seen on the Play store. It will make it to the Google platform soon.