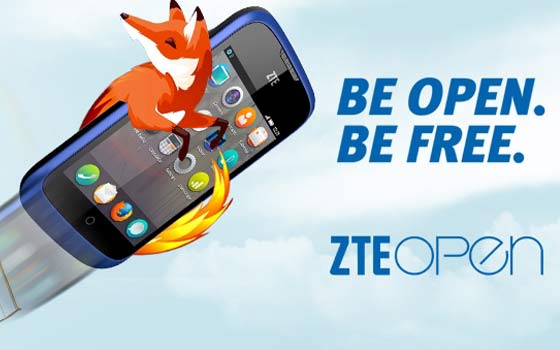 Telefónica has announced that the ZTE Open which is amongst the first wave of devices running the Firefox OS will hit retail stores in Spain starting today. The ZTE handset carries an affordable price that’s accompanied by entry-level specifications, which according to the company, are enough to give buyers a complete smartphone experience.

With the Firefox OS onboard, owners of the ZTE Open will be presented with various basic capabilities such as voice calling, messaging, email access and a camera app amongst others. For enhanced features, Mozilla has bundled its platform with social networking services like Facebook and Twitter as well as Here Maps from Nokia for offline navigation. Additionally, more HTML5 applications can be downloaded through the Marketplace.

The budget tag attached to the ZTE Open comes at a price – it has hardware components that are deemed outdated compared to the latest budget handsets. It sports a 3.5-inch touchscreen that proffers HVGA visuals on the front, while the rear plays host to a 3.2MP camera. Memory-wise there isn’t much being offered as the internal ROM is pegged at 512MB and the RAM at 256MB. However, there is a microSD card slot onboard. The processor employed here is a single core MSM7225A chip and there’s a 1,200mAh battery to power it up. 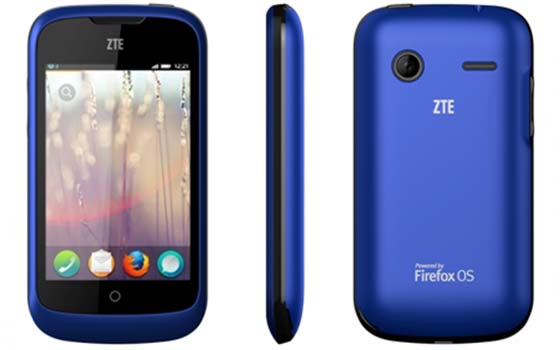 While the ZTE Open falls under commercial release, Mozilla has already been offering handsets that run on its web OS, which go by the names of Keon and Peak. Both are being provided by Geeksphone and are mainly aimed towards developers. Additionally, the platform is expected to arrive through various other handsets manufactured by popular OEMs such as Alcatel OneTouch, LG, Huawei and Sony.

The Open smartphone can be purchased through Movistar stores and the carrier states that it will be available along with other Firefox OS devices in locations like Colombia and Venezuela in the coming weeks. Where price is concerned, post-pay customers can grab the phone for monthly payments of €2.38 for a period of 2 years. And while prepaid users will have to shell out €69, they will also be entitled to a €30 top-up. A 4GB microSD card is bundled with the phone.