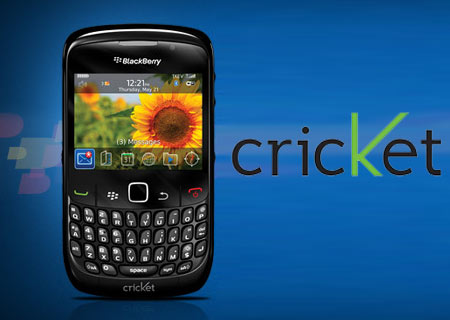 With a boom in socializing and sharing through smartphones, manufacturers have begun incorporating eye-popping designs which would simply these activities. Cricket has recently announced plans to introduce numerous smartphones, touchscreens, feature phones and broadband devices by the end of this year.

Cricket plans to launch 15 new devices. On it’s Analyst Day, the company released the Blackberry Curve 8530, the Kyocera Sanyo ZIO and the Samsung Messager Touch. In the near future, it intends to deliver an augmented user interface with the Cricket MyHome Screen and top-notch enjoyment in multimedia, data and voice for the Samsung Messager Touch.

Broadband devices like Cricket Crosswave that enables instant Wi-Fi hotspot for fuller connectivity are also being released by the company. Crosswave is capable of simultaneously connecting several wireless devices from up to 30 feet away. By next week, two Internet modems are likely to be released by Cricket namely, the Huawei 1705 and the Cricket A605 USB modem.

“We are determined to make Cricket the best provider of value-driven services in the prepaid wireless industry, and with our new device lineup, available on our true 3G network, we have taken a big step toward achieving that goal. Smartphones and touchscreen devices will be affordable to millions of consumers and these new, higher-end devices will also compliment new, all-inclusive service plans that will be priced to drive increased ARPU,” explained Doug Hutcheson, Leap’s president and CEO.

Handsets by Cricket subsume Sanyo ZIO by Kyocera which is a stylish touchscreen Smartphone powered by the Android OS will be available this fall. In addition to a vast library of applications from the Android Market, users are proffered unlimited HTML web browsing, email and messaging, and media sharing.

“As the shift toward the use of Smartphones, touchscreens and tablet devices continues, we believe we are improving our position to capitalize on the rapid growth in this area. Our customers, like all wireless users, have evolved from seeking low-cost devices to more feature-rich phones including Smartphones and touchscreens. Our understanding of the full breadth of this trend is reflected in a balanced phone lineup that features the latest technology with affordable pricing, along with new, value-rich service plans,” added Hutcheson.

The BlackBerry Curve 8530 is now available via Cricket and boasts of a new trackpad design and a full QWERTY keyboard. Various applications from the BlackBerry App World can be accessed on the 8530 while users can also stream music and videos as well as browse HTML pages at 3G speeds. Low-cost feature phones namely the Cricket CAPTR II and the Cricket MSGM8 II are anticipated to launch later this month.

However, the pricing details of these smartphones or devices are not disclosed by Cricket.