Telecom subscriber base in India sees a slump: TRAI figures 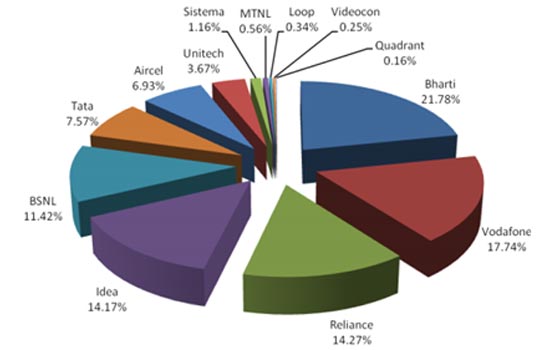 As per the latest findings by TRAI, the total telecom subscriber base in India has stooped from 898.02 million in the month of March to 897.02 in April. It’s an unusual pattern since the country is one of the fastest growing mobile markets in the world. After all, companies like Apple and Samsung having been playing fiercely in this arena and telecom giants are investing heavily in 3G and 4G technology.

While the number of urban users have declined to 60.71 percent, reports have the share of rural customers seeing a rise of 0.4 percent. This has had a negative effect on the overall Teledensity which has decreased by 0.16 percent. Out of this, the wireless sector has registered a monthly decline of -0.09 percent, crossing over from 867.80 million in March to 867.02 in April. TRAI holds the disconnection process carried out by various network operators, responsible for this dip. Once again, the urban segment has observed a decrease of 0.42 percent, whereas the proportion of wireless subscribers in rural areas has increased from 39.47 to 39.89 percent.

In April, the sum total of active wireless customers amounted to 724.52 million out of the entire portion of telecom subscribers. This on the other hand, does not include CDMA VLR (Visitor Location Register) recordings of BSNL, which the carrier failed to provide to the Regulatory Authority. Based on this data it was reported that Idea boasted of maximum users with a figure of 98.11 percent, immediately followed by Airtel seated at 95.21 percent. 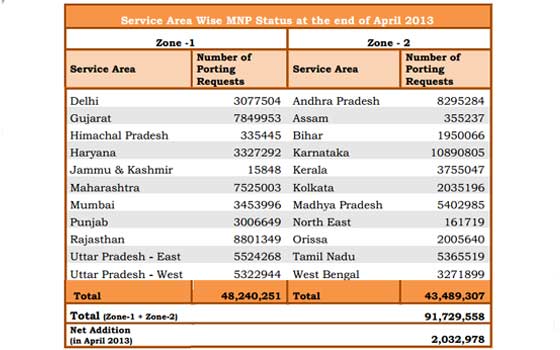 If we were to compare geographically, Maharashtra is said to lead the troupe with 88.96 percent VLR subscribers, after which comes Madhya Pradesh parading a 88.09 percent customer base. In the scenario, requests for Mobile Number Portability have considerably risen. It so happens that 91.73 million customers have hopped from one service provider to another in April, a detailed list of which can be spotted above.

As of now, Airtel takes pleasure in the king’s share of the market with 21.78 percent following which is Vodafone at 17.74 percent. The smallest portion in the lot is occupied by Quadrant with 0.16 percent.