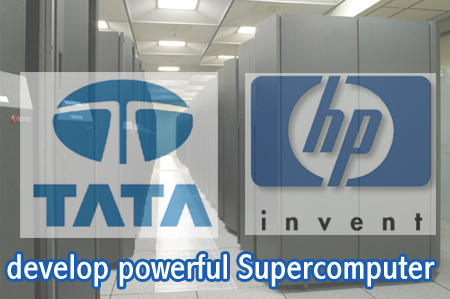 HP has announced a major milestone in world class supercomputing as the company has collaboratively worked with Computational Research Laboratories (CRL) for the development of the 4th most powerful supercomputer in the world and thus the most powerful in Asia-Pacific region.

CRL is a wholly-owned subsidiary of TATA Sons. HP had been working with CRL to evaluate and plan for an advanced HPC facility in India over the last year. In fact, using HP’s new High-end compute building blocks, CRL managed to successfully build their supercomputer.

CRL plans to use this newly developed supercomputer to push scientific and industrial discovery to infinite limits. For instance, using such a powerful supercomputer, engineers will now be able to model particle dynamics at ultra high resolution – allowing for significant breakthroughs in fields such as nano-photonics and medicine.

So where does HP come into all of this, you might be wondering. HP’s leading c-Class Blade System technology enabled CRL to put this supercomputer capability in place in a record one-month period.

CRL and HP have named this supercomputer “Eka”, which means the “one” in Sanskrit. In actual fact, this machine will act as a stepping-stone for CRL’s Petaflops Project.

Mr. S Ramadorai, Chairman, CRL spoke on this jubilant occasion stating, “This project, based on standard infrastructure building blocks from HP, will herald the availability of affordable research in India. This will pave the way for growth in the Indian research industry by providing affordable access to computational infrastructure to the vast existing research talent pool across verticals and domains.”

Mr. Balu Doraisamy, Managing Director, HP India Sales said, “HP is honored to partner with Tata CRL, a leading name in the field of High Performance Computing, from the inception stages of the project, all the way through its production. We are proud to work collaboratively with Tata CRL to take forward their vision of being a global leader in HPC, building scalable and cutting-edge supercomputer architectures while making affordable research in India a reality.”

The Eka system is one of the first implementations on Fiber Optical Infiniband cables, which have proven very reliable at lengths greater than those generally achieved by copper alternatives.

The 2.5 MW of captive power being generated to keep the Eka system going was a catalyst for Computational Research Labs to create a new data center model for Dense Data Center Layout and Innovative Network Routing Technology that will see advances for HPC future products.