Xiaomi has become highly popularity over the weeks, with its Mi 3 selling like hot cakes on Flipkart and now it’s probably going to lose a lot fans with its decision to indefinitely halt sales of the smartphone, at least those who haven’t managed to get their hands on a unit. The company’s decision indeed comes as a surprise especially since they managed to sell over 95000 units to just a fraction of potential customers.

After yesterday’s sale which as expected, got over in mere seconds, Flipkart didn’t open registrations and a banner on the website stated that sales were closed. Xiaomi has disclosed the reason behind its decisions to BGR India stating that it plans to shift its focus on the Redmi 1S for the coming weeks. 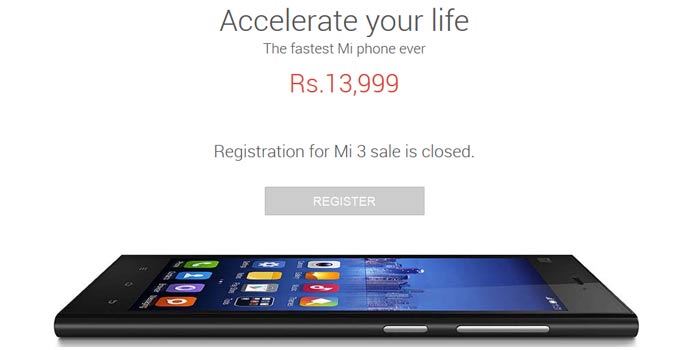 The Xiaomi Mi 3 smartphone is the most affordable option in the company’s lineup and it’s scheduled to go on sale on September 2. The phone offers mid-range features including a 4.7-inch HD display, 1GB RAM, 8GB storage and a quad core processor at an entry-level price of just Rs 5999.

Also read: LG L60 handset has gone on sale in India at Rs 7999, but sans any official word

This isn’t necessarily the end of the Mi 3 in India as the company could bring more inventory in the near future, probably after getting the Redmi 1S and Note phones set up. Additionally, it plans on launching the Mi Pad tablet and Mi 4 flagship device towards the end of this year. 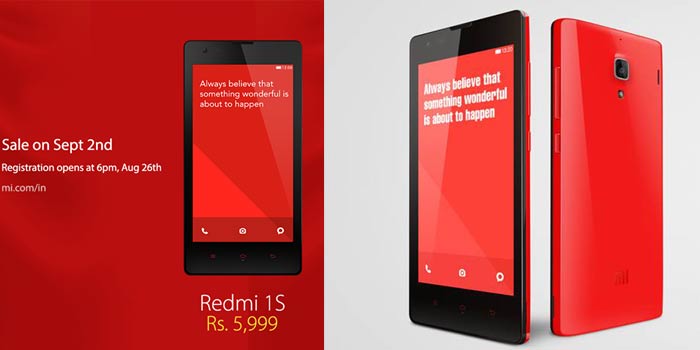 Here’s a roundup of the Xiaomi Redmi 1S specs:

With the Xiaomi Mi 3 gone, the next option from the company is the Redmi 1S and registrations for the first sale have already commenced.