After taking on Vine, Instragram to aim at Snapchat with instant messaging feature

Instagram has already tackled Vine by adding the ability to share 15-second videos to the usual option of merely posting images. Now it looks like the Facebook-owned service has become even more ambitious and hopes to take on photo messaging app Snapchat too by bringing IM to the platform.

Until now, you could capture a photo or video through Instagram and share it via Facebook, Twitter, Foursquare, Tumblr and Flickr. And then you can have people following your account and commenting on your pictures too. The official word is not out yet, but ‘well-placed sources’ have told Gigaom that the application is going to get a refresh before we roll in to 2014. 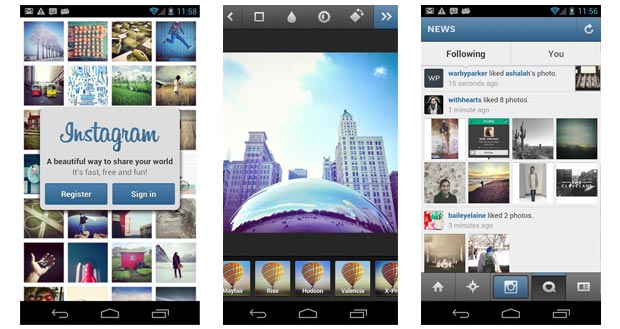 According to the story, Instragram is being revamped to include a private messaging function. The developers are apparently looking to introduce a group messaging option too. The company has refused to comment on the ‘leak.’ Overturning the user experience right in the middle of holiday season may perhaps be a risky bet.

But it’s understandable that with more than 200 million takers, the app can’t stick to its position of a mere image- and video-sharing tool. It’s evolving to be more social than ever before and its next step may inevitably be towards IM. We’re keeping our eyes peeled for more on this.