Have a gander at what the Moto Maxx smartphone looks like

If you remember, we had learned that the Verizon Droid Turbo will soon be made available in nations other than the US as the Motorola Moto Maxx. That name has now been confirmed, and we can also take a gander at live images of the smartphone which were leaked by a Google+ user.

While it’s hard to make out if it’s any other phone than the Droid Turbo due to similar looks, the temporary screen protector on the image which you’re seeing right below confirms that it’s the Moto Maxx. The unveiling of this device will take place in Brazil on November 5, and that’s when we’re hoping to receive more details on which countries it will be released in. 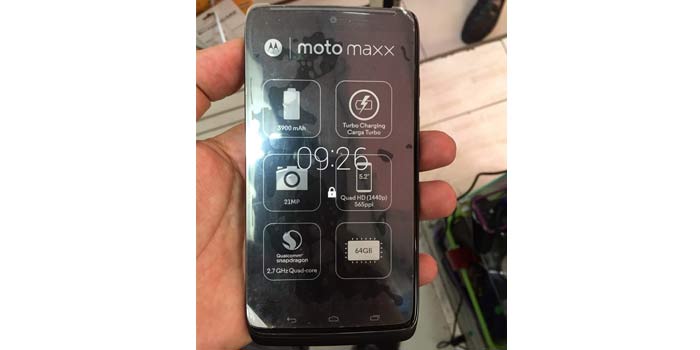 The photographs, which have now been taken off Google+, were uploaded by a user named Guilherme Henrique, according to Android Police. He supposedly hails from Sao Paolo, Brazil which is exactly the place where the unveiling of the Moto Maxx is scheduled to take place on the above mentioned date.

To get a fair idea of how much of a monster this smartphone will be, you should take a look at the components the Droid Turbo packs inside it. They include a 2K display, a 21MP camera, a Snapdragon 805 SoC and most importantly, a 3900mAh battery that’s claimed to offer 48 hours of usage.

Here’s a quick look at all the main specs of the Verizon Droid Turbo: 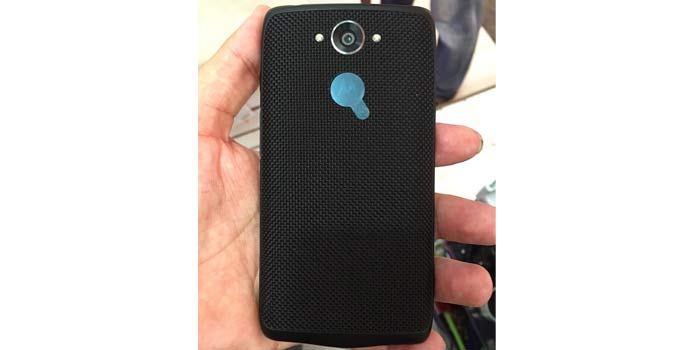 November 5 is tomorrow, so make sure to visit this space to know more on the Motorola Moto Maxx.