Tag your Twitter photos or create collages out of them, new update lets you do both

There’s sort of a cold war going on between Twitter and Facebook in which both parties are aping each other’s features turn by turn. One such instance has just come to light, and it’s the micro-blogging site which has got the game on this time around by introducing photo tagging for its users.

Limited to the Android and iOS apps at the moment, this feature allows you to tag the names of up to 10 persons per photo. And this can be done without any compromises in the 140-character limit. If you’re tagged by someone you’ll be informed about it through a notification. 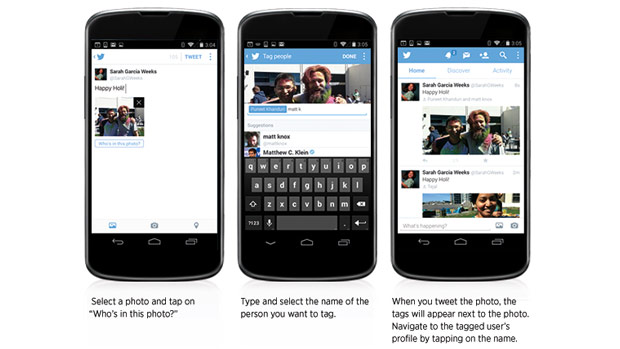 Twitter has also taken care of those who might find this new feature a bit nagging. They can head straight into the Security and privacy section of the site’s Settings menu and disable photo tagging. If you want to find a middle ground, there’s also an option for letting only the peeps you follow tag you in their images.

Another fresh addition comes in the form of a photo collage trait which lets you upload a total of four images in a single tweet. This way, your followers will be able to click on them, and go through them one by one. At the moment however, this little trait is only limited to the iOS Twitter app, but it should land on the Android version soon. 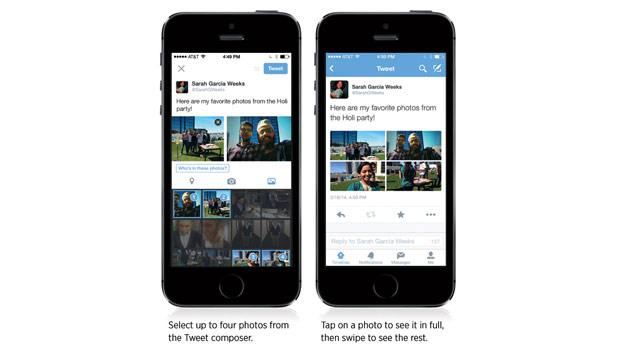 Go ahead and try out these new additions to the Twitter apps by downloading their latest updates.