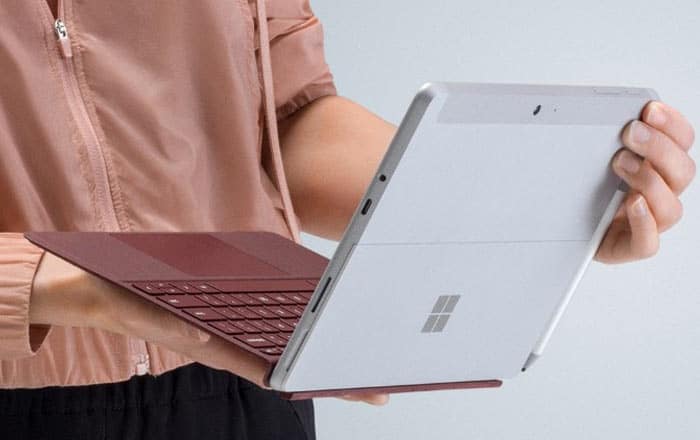 Microsoft has finally decided to release the Surface Go in India. The 2-in-1 tablet made its debut all the way back in July, gaining prominence as the most affordable Surface tablet money can buy.

The new Surface Go is also being sold via Flipkart. It’s currently up for pre-orders and will get released on December 27. The e-commerce site is bundling the device with a couple of offers to entice early birds. They’ll get a Rs 2000 cut if they make a prepaid transaction to purchase the tablet and a Rs 4000 discount on the Surface Go Type Cover.

The Surface Go Type Cover costs Rs 8699 for its black version and Rs 11799 for its more colorful burgundy, cobalt blue, and platinum counterparts. The Alcantara keyboard isn’t listed on Flipkart yet, but it should arrive sooner or later since there’s a bundled discount running on it.

Buyers of the Surface Go will also have access to a Hungama Play subscription worth Rs 799 for a year and a 6-month ACT Fibernet subscription worth Rs 4000. Thomas Cook is throwing in a Rs 10000 cut on packages worth Rs 50000 and above. Kaya Skin Clinic is offering Rs 1000 off on all its services and a complimentary laser hair removal deal.

Specifications of the Microsoft Surface Go:

Microsoft actually launched two versions of the Surface Go. One supports Wi-Fi and the other supports Wi-Fi + LTE. The latter hit shelves last month internationally. Unfortunately, it hasn’t made its way to India. We’ll let you know if it does in the future.