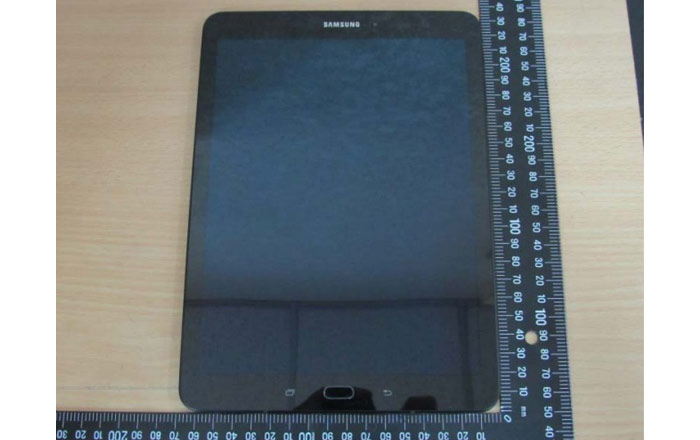 Samsung is all set to launch the Galaxy Tab S3 at the MWC this year, hosting an event on February 26 to show off its latest tablet. The slate has already passed through FCC, Wi-Fi Alliance, and Bluetooth SIG certification. It’s now gotten the green signal from the Taiwanese NCC, revealing two live images of the device in the process.

Going by the photos, the Galaxy Tab S3 sports a glass sandwich design seen before in Samsung’s premium smartphones. There’s glass on its front and back held together by a metal frame. The presence of the material raises the question of whether the tablet will be more susceptible to scratches.

Moreover, people with slippery hands might shatter the glass if they’re not careful. Other than the snaps, the certification reveals that the Samsung offering has the model number SM-T820, supports dual-band Wi-Fi, and does not feature in-built LTE connectivity.

On the speculation side of things, the Galaxy Tab S3 might get by on a Snapdragon 820 processor which in turn could be supported by 4GB of RAM. Other possible specs include a 12MP primary camera, 5MP selfie shooter, 64GB of ROM, and a 9.7-inch 2048 x 1536p resolution screen. 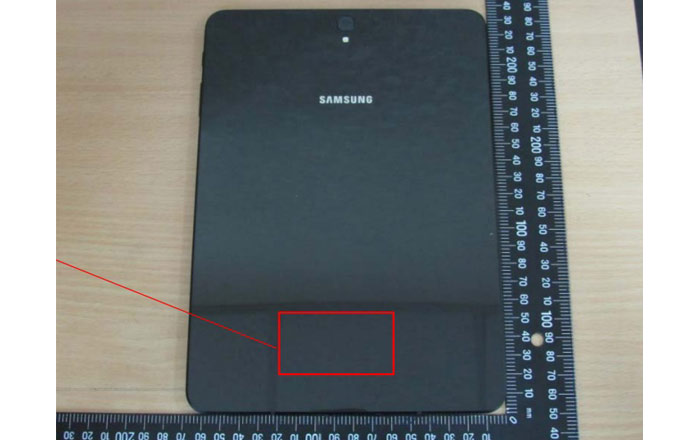 An S-Pen stylus might be bundled with the tablet. On a related note, a separate report highlights the discovery of a new Windows 10-based Samsung device called the Galaxy Book. It’s not immediately clear what kind of product the gadget will be.

The Galaxy Book is most likely a tablet or laptop-tablet hybrid in line with the likes of the Lenovo Yoga Book. It was discovered as a result of a new app appearing in the Windows Store which hints that the offering will have an AMOLED display and stylus support.