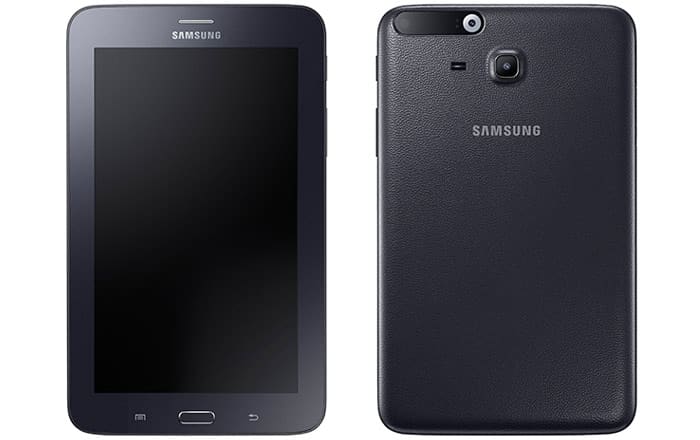 Samsung has unveiled a new Make In India tablet in the nation aimed at government departments and corporate employees. The Galaxy Tab Iris is set apart from its competition by virtue of its advanced iris scanning abilities, a feature which the brand believes helps advance Digital India’s goals.

Unfortunately, Samsung hasn’t announced when exactly the Galaxy Tab Iris will hit availability. However, it has confirmed that the tablet will be priced at Rs 13499, marking it for the mid-range market segment. It’s got the specs to match with its 7-inch WSVGA (1024 × 600p) display and 1.2GHz quad-core processor of unknown make.

Samsung asserts that the slate’s in-built iris scanner is compliant with Aadhar, STQC, and UIDAI biometric authentication standards. It’s far and away the top feature of the device, promising cashless and paperless services in a number of different sectors such as banking and eGovernance programs such as the Pradhan Mantri Jan-Dhan Yojana (PMJDY) and National Health Mission (NHM).

Apart from launching the Galaxy Tab Iris, the company has also announced its plans to release an Identity SDK for app developers. The main push behind the endeavor is to encourage them to build financial inclusion, authentication and payment solutions. The manufacturer hopes this will kickstart the growing start-up ecosystem in India.

A quick summary of the top specs of the Samsung Galaxy Tab Iris:

Like we said above, the Samsung Galaxy Tab Iris can be bought in exchange of Rs 13499.