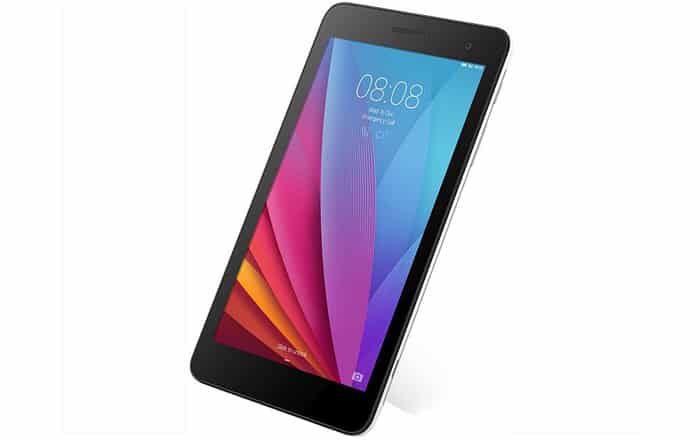 Huawei has announced a brand new tablet for the entry-level segment dubbed the Honor T1, launching it alongside its other affordable offering the Honor 5C. Interestingly, the slate is cheaper than the smartphone thanks to its Rs 6999 price tag.

As such, the Honor T1 offers pretty standard specs for its market sector. Disappointingly, Huawei has saddled it with the ancient Android 4.4.2 KitKat as its OS, layered over by the brand’s own Emotion UI 3.0 on top. The voice-calling slate can further support a single SIM card and 3G connectivity.

The highlight of the Honor T1 is its 4100mAh battery. According to the company, the powerhouse can go on for 300 hours of standby time or 12 hours of movie-watching time on a single charge. The tablet also houses a 7-inch WSVGA (1024 x 600p) screen which outputs a pixel density of 169ppi.

In terms of memory, Huawei has packed it with 1GB of RAM and 8GB of internal space. Users who run out of room to save their photos and videos can expand on the latter up to 32GB via a microSD card slot. The brand has also chosen to power the tablet’s daily operations with a 1.2GHz Spreadtrum SC7731G processor.

A quick look at the main specifications of the Huawei Honor T1:

Like we said above, Huawei is putting the Honor T1 up for sale at Rs 6999. The tablet is now available exclusively over at Flipkart.