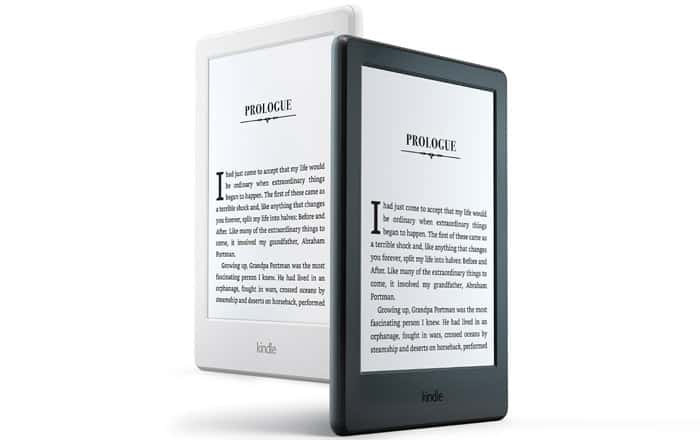 Amazon has launched a brand new Kindle, this time veering towards the affordable side of things after outing the expensive Oasis edition of the e-reader. The fresh addition to the series is meant to replace the base model.

The new Kindle marks the first update to the basic version in nearly 2 years. Amazon hasn’t changed the core look of the device much, though it is offering a white color variant of the slate along with a black one. There hasn’t been a white option since 2010, so the new alternative should make potential buyers bored with black very happy.

They also have the choice to buy the Kindle Paperwhite in a new white color option at $120. If they’d prefer to spend less and can live without a 300ppi display, the revamped base Kindle is a good pick thanks to its $80 or Rs 5999 price tag. The cost is notably the same as the 2014 version, a wise move on Amazon’s part.

Also See: Amazon’s new Kindle Oasis is its most expensive and thinnest one yet

The new-and-improved Kindle comes with a more rounded design so that it’s easier to hold with one hand. The company boasts that it’s also 11% thinner and 16% lighter than its predecessor. It offers double the RAM memory as well, which will apparently ensure speedier navigation.

Kindles are known for their battery life and this one is no different. It promises 4 weeks of power on a single charge, as long as the user reads for half an hour everyday and switches off their wireless connectivity. Specs-wise, it packs 4GB of internal room, weighs 161g and sports a 6-inch screen with a pixel density of 167ppi.

The new base Kindle is now up for pre-orders via Amazon’s US and India website. It’ll be released on July 7 in both countries.