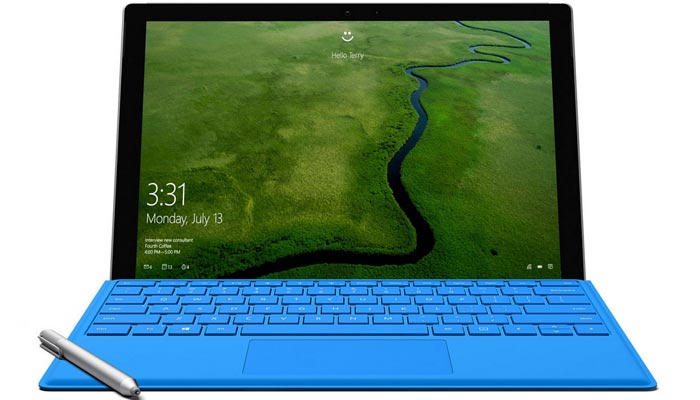 It’s taken a few years, but Microsoft has finally debuted the Surface Pro series in India, launching both the Surface Pro 4 and 3 at a launch event in Delhi. The tablets will be sold exclusively via Amazon for the first 6 months. The devices are currently up for pre-order and are set to be released on January 14.

The older Surface Pro 3 is a tad lighter on the pocket at Rs 73990 and features an Intel Core i3 processor, 4GB of RAM and 128GB of SSD memory. Unlike the Surface Pro 4, it doesn’t come bundled with the Surface Pen, which will have to be purchased separately at Rs 5990.

Interested shoppers will additionally have to buy the Type Cover keyboard independently for Rs 12490. Microsoft claims it’s improved both products significantly. It’s equipped the stylus with 1024 pressure points and an eraser button, in addition to reducing its latency.

A quick look at the key specifications of the Microsoft Surface Pro 4:

At the global launch of the Surface Pro 4 in October 2015, the brand had pitted it against the MacBook. It had claimed the tablet was 50% faster than the Apple laptop. The Microsoft device is set to compete with the recently launched iPad Pro in India, which notably starts at Rs 67900 and goes up to Rs 91900.

Once again, you can buy the Microsoft Surface Pro 4 and 3 via Amazon India.