It’s taken a while to get here, but the Google Pixel C has finally been released two months after it was announced. The tablet will set buyers back by $499 for the 32GB version or $599 for the 64GB one.

The Google Pixel C has been designed and manufactured by the tech giant from the ground-up, setting it apart from the Nexus devices of the world. It’s notably the 1st tablet to run Android 6.0 Marshmallow right out of the gate. The device has been conceptualized with the new OS in mind, meaning it comes with features like Now on Tap and a longer battery life.

Being a wholly Google product also comes with the added benefit of receiving regular Android updates straight from the source. For users who prefer typing on a solid surface, a full-sized keyboard priced at $149 is up for grabs separately. The tablet attaches itself to the dock magnetically and connects to it automatically via Bluetooth. 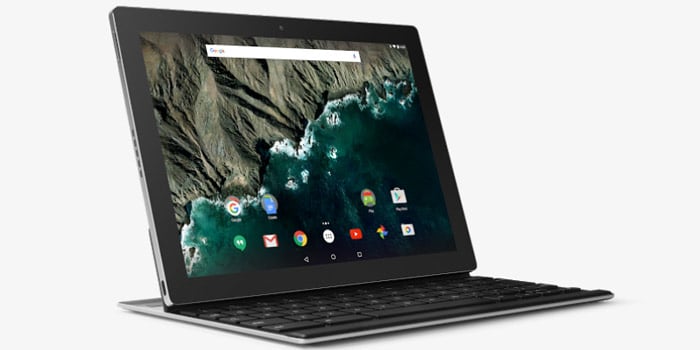 Once united, the keyboard charges wirelessly. Taking a closer look at its specs, the Pixel C flaunts a 10.2-inch 2560 x 1800p LCD screen with a pixel density of 308ppi. Its body is composed of anodized aluminum. An Nvidia Tegra X1 processer runs the show with a Maxwell GPU and 3GB of LPDDR4 RAM by its side.

A neat look at the top specs of the Google Pixel C:

Coming to the photography department, the Google device houses an 8MP rear camera and a 2MP front-facing lens. It gets its juice from a 34.2Wh battery which can be charged via a USB Type-C cable. Other connectivity options consist of dual-band Wi-Fi 802.11a/b/g/n/ac, Bluetooth 4.1 and a 3.5mm audio jack.

Once again, the Google Pixel C is out now and can be purchased here starting at $499.