This is either a case of Monkey see, monkey do, or a lot of OEMs actually believe that there’s huge potential in the professional tablet category where the Microsoft Surface Pro series is a prime choice. While we’ve already heard rumors that Sony and Apple are working on new large screen tablets, a new report has surfaced stating that LG is also onboard the bandwagon.

And the South Korean conglomerate is looking to compete with the Redmon company’s top tier offering by releasing a hybrid device of its own. CNET is reporting that LG could be working on a new 2-in-1 convertible where users will be able to deploy it as a tablet or even a laptop by docking the slate onto a keyboard extension. 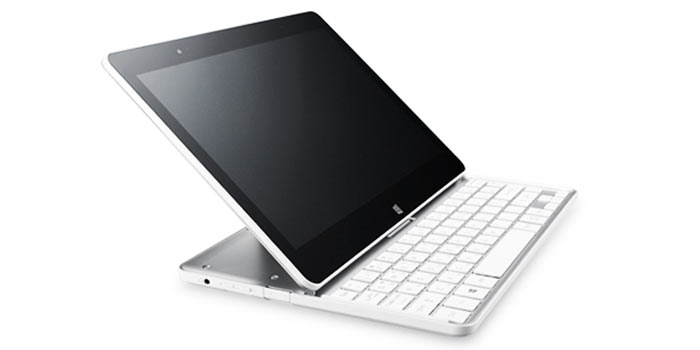 Based on information received from an insider behind LG’s closed doors, the report states that the company is planning to go with Intel’s fourth generation Core processors and a SSD storage solution for better portability and battery life. Well in that case, the new Broadwell Core M chips would be a great option, but more costly.

And that’s basically all we know about LG’s Surface Pro competitor. Of course, Windows will be the OS of choice here since the device will be marketed to professionals. This wouldn’t be the first time the South Korean conglomerate is working on a hybrid notebook. It already has the Tab-Book series that offers a slide-out design for revealing a hidden keyboard. However, sales of the slates have been ‘so-so,’ says a spokesperson for the company.

LG’s attempt to take on the Microsoft Surface Pro 3 could arrive in early 2015, but there’s nothing concrete as yet.