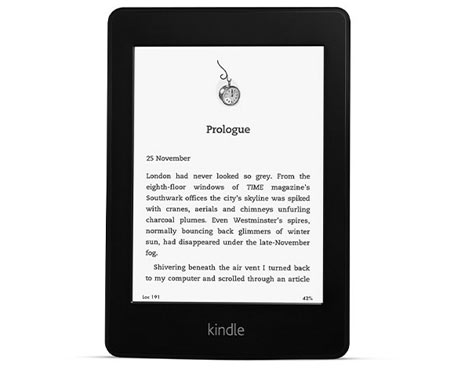 The Amazon Kindle and Paperwhite reading tablets have been unveiled by the company for sale on its official site for the country which was launched only a few days back. While the former had already been selling in the nation through other channels, this is for the first time ever that Amazon has brought out the latter here. So as to celebrate this launch, the company has gone ahead and announced that a free eBook will be doled out each day through its store for the next two weeks.

The Amazon Kindle can be purchased now at Rs 5,999, while and Paperwhite will be made available on June 27. Its Wi-Fi-only model will go for Rs 10,999, whereas a Wi-Fi + 3G variant will set buyers back by Rs 13,999. Apart from the website of the retail giant itself, the slates will also be available with more than a hundred retail outlets including the likes of Croma, Reliance Digital, E-Zone and Vijay Sales, located in major cities across the country. 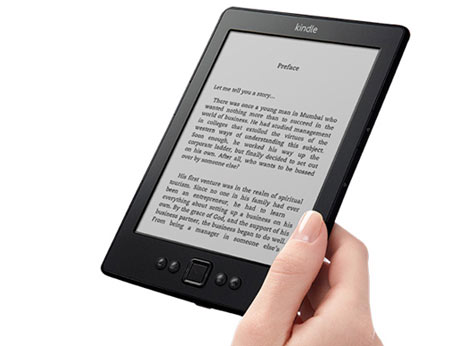 The Amazon Kindle e-Reader is known for its ability to provide a paper-like reading experience on its screen even during bright sunlight. Its 6-inch E Ink Pearl display possesses a pixel density of 167ppi. This Wi-Fi-equipped slate comes with 2GB worth of memory and features support for cloud storage as well. The 170g device of course has access to the Indian version of the company’s eBook store, offering buyers over 1.7 million books to choose from.

Coming to the Amazon Paperwhite, this advanced offering bears on it a 6-inch LCD screen which also features touch feedback. Both its Wi-Fi and Wi-Fi + 3G models come with 2GB of on-board memory and support for cloud storage. It boasts of 8 weeks’ worth of battery life with the display on at all time and the connectivity off. These variants weigh in at 222g and 213g, respectively, and feature a string of advanced reading-based features that are aimed and making the experience convenient for users. 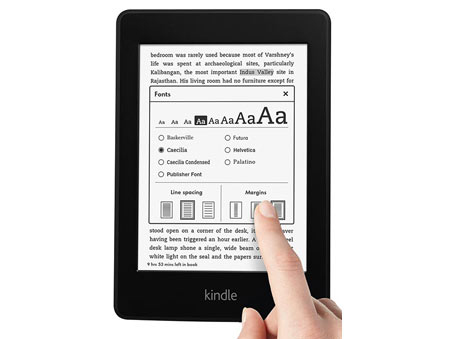 The Kindle and Paperwhite tablets will be contributing to the job of establishing the retail giant’s hold on the price conscious online retail market in India. Although its catalog lacks the versatility that’s on offer though Flipkart or Infibeam, we can hope that it’ll catch up soon. After all, it’s the world’s largest online retailer.