TechShout
Home Tablet Nexus 7 price gets trimmed down in US 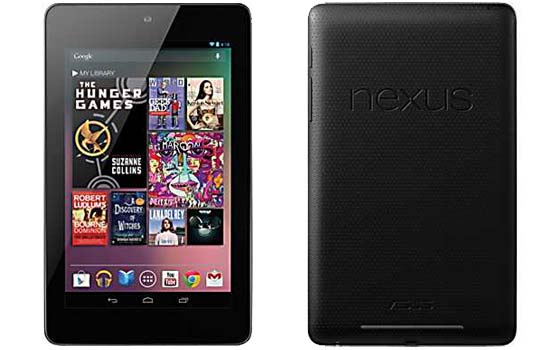 The Nexus 7 has gotten a bit more affordable in the US as the retail price for both 16GB and 32GB versions has been cut down. What’s interesting here is that Google hasn’t reduced the price of the Asus-made tablet. Instead, the reductions come from multiple retailers.

Let’s take a quick refresher of the specifications. The device features a 1280 x 800p HD IPS display which proffers a pixel density of 216ppi. The screen is layered with a scratch-resistant Corning Glass coating that also covers the 1.2MP front webcam. The tablet weighs 340 grams and measures 10.45mm thick. On the inside, it employs a quad core Tegra 3 processor, 16GB or 32GB of storage, 1GB of RAM and a 4325mAh battery.

Since Google hasn’t adopted the discounted rates, it could be that a new Nexus 7 is expected at stores soon and even Android Police seems to agree on this. Well, based on previous reports, a refreshed 7-inch tablet is anticipated to arrive by the end of this month. The details were provided by one of the manufacturer’s support representatives who also went on to say that the device will sport a 5MP primary camera, a 1080p display, a Snapdragon 600 SOC, 2GB of RAM, 32GB of storage and 4G LTE connectivity.

Currently, only a few retailers are offering the Nexus 7 with discounted price tags. They include Staples, Office Depot and ToysRUs. The 16GB version is now available for $179.99, while the 32GB option comes for $199.99, after $20 and $50 discounts, respectively. The Play store is still selling the slate with the original retail tags. The 3G HSPA variant doesn’t qualify for the reduction.