Here’s something we weren’t quite expecting from the IFA – a refreshed Samsung Galaxy Note 10.1 which is being referred to as its 2014 Edition. Equipped with a higher resolution display and the improved S Pen abilities which the Note 3 has brought along, this device is all set to land in black and white color options sometime during Q3 of this year. Samsung will be releasing it in three forms – Wi-Fi, 3G and LTE – whereas they are set to be made available in 16GB, 32GB and 64GB storage options bearing microSD card slots of course. 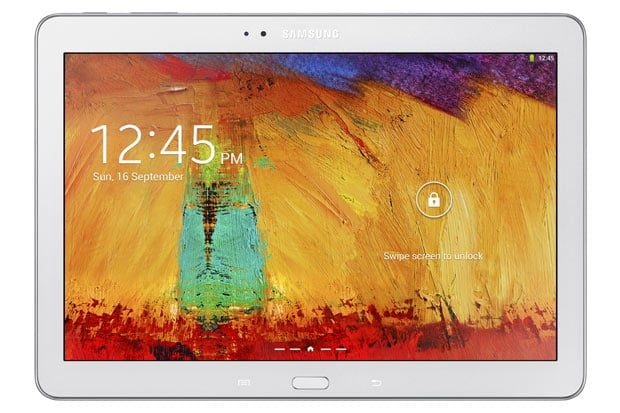 This slab features 10.1 inches worth of screen space on its front surface, and its Super Clear LCD is capable of dishing out its visuals with a WQXGA resolution of 2560 x 1600 pixels. Android 4.3 is the tablet’s preferred OS, while its camera setup includes 8MP and 2MP BSI sensors at the rear and front, respectively. This slab has been sized at 243.1mn x 171.4mm x 7.9mm, while it tips the scales at 535 grams (Wi-Fi variant). Just like with the Note 3, its LTE version will feature the quad core Snapdragon 800 chipset (2.3GHz), whereas the other two versions will run on the octa core Exynos (1.9GHz) setup.

And then there’s the S Pen which brings with it a number of new software enhancements into the TouchWiz experience. That’s pretty much all there is to the Samsung Galaxy Note 10.1 (2014 Edition). We are now awaiting firm price and release date details, and will keep you posted as they arrive.