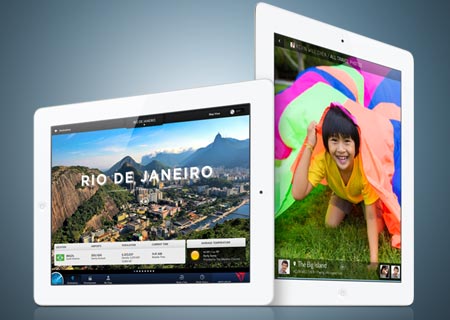 Retailers in the US have slashed the price of the iPad, leading many to speculate that Apple might be close to launching another iteration of the tablet. Some even go all-in and suggest that the Cupertino-based giant is ready to switch to a 6-month launch cycle, although (even if true) it is unknown which products exactly this new format will cover.

Anyway, the reduction in store value pertains to the third generation of the aforementioned device, with most retailers taking off about 30 percent from the MRP. In fact, Best Buy is offering the 16GB version with Wi-Fi and Cellular connectivity for $405.99, down from $579.99, which amounts to a saving of $174. We’ve detailed this at the bottom. 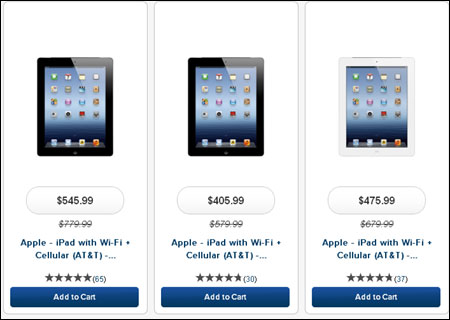 So, what could be the trigger for such a sudden and drastic drop in the value? Well, as Cult of Mac is reporting, when retailers know – or think they know – about an incoming product update, they start to cut rates in an attempt to get their current inventory cleared. This makes room for the more of the new stock.

And it’s not just Best Buy. Even Walmart has joined in, but has variants of the device at slightly higher listings. For example, the 16GB Wi-Fi-only version can be bought for $499, while the highest model – the 64GB variant with Wi-Fi only – is selling for $699, although the Cellular versions are not part of Walmart’s clearance sale.

Yes, this could be a move to get rid of old stock because a new model might be incoming. But it could also mean that retailers want to sell the older products because of some sort of cycle that the current tablet is going through. Perhaps Apple plans to slash the MRP of the 4th generation model. Who knows? One thing is for sure, this dropping of rates means that it is now possible to pick up a 9.7-inch iPad with of 16GB internal storage and a Retina Display for less money than it will take to purchase the entry-level iPad mini. 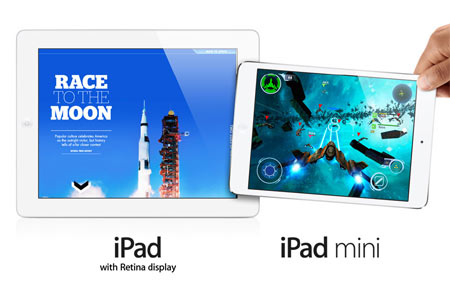 A list of the models from Best Buy with storage capacity and connectivity options is given below.