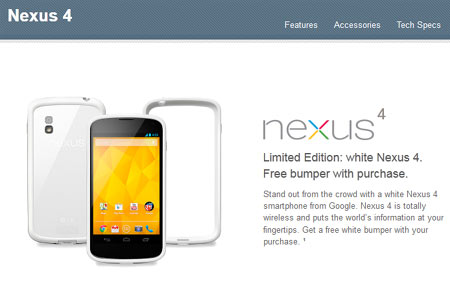 T-Mobile has earned the rights to sell the white Google Nexus 4 in US as well, and based on what we’ve learnt, the handset is currently up for grabs at a price of $19.99 down. Additionally, the black version is now on sale at its full retail amount of $427.99 through the carrier, instead of the subsidize $199.99 tag.

The white T-Mobile Google Nexus 4 was announced a couple of days back and it was initially launched in Hong Kong. Various other locations are expected to receive the handset as well, such as Asia, Europe and the Middle East. T-Mobile notes that the device is apparently available as a limited time offer through its website only. For those who aren’t aware, it is simply a hue refresh for the flagship Android smartphone. 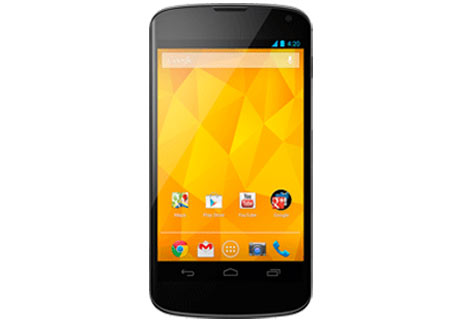 It comes bearing the same specifications as the black variant which has been on sale for several months now. For refresher’s sake, the Android 4.2 Jelly Bean platform runs the show. A 4.7-inch display touting a WXGA IPS panel with a pixel density of 320ppi is placed on the front along with a 1.3MP snapper for video calling. Both components are layered with Corning Gorilla Glass 2 for high durability.

The rear dons an 8MP camera that can record full HD videos and take 360-degree panorama shots. Fitted within the device’s 9.1mm thick form factor is a quad core Snapdragon S4 Pro processor. Accompanying it is 2GB of RAM, 8GB or 16GB of storage and a large 2100mAh Li-polymer battery. 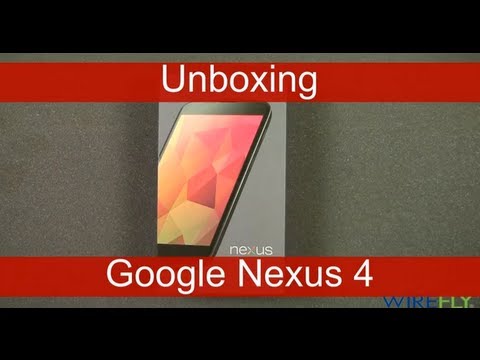 The T-Mobile white Google Nexus 4 can be picked up through the carrier’s online stores only. Accompanying the aforementioned price is $17 payments for a period of 24 months. Buyers can also pickup the handset by paying the full $427.99 retail amount. It can even be acquired directly through the Play store for $299 (8GB) and $349 (16GB). Each purchase made here will receive a limited edition bumper case for free. 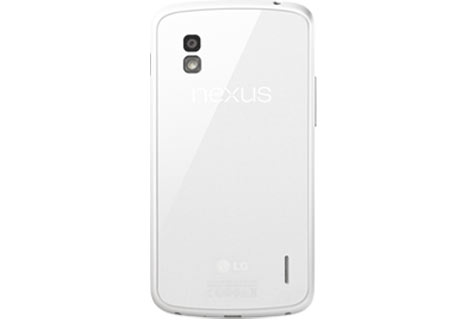