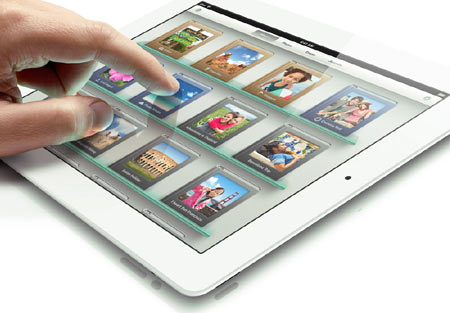 T-Mobile UK has joined the list of carriers selling the new iPad in the nation. The latest addition to the service provider’s collection may have been formally announced a bit late, but it was out on the same day as scheduled for the U.S. and 8 other countries.

The freshest features of the third generation iPad include a 2048 x 1536p Retina display, A5X processor, 5MP iSight camera and 4G LTE connectivity. Equipped with a 9.7-inch touchscreen which serves up visuals in 264ppi clarity, the gadget’s front panel is mostly taken up by the said display with IPS technology. In spite of claiming to offer enhanced performance as compared to its predecessor, the tablet is expected to survive for up to 10 hours of usage.

“New iPad customers will benefit from the widest 3G coverage in the UK and, with our advanced 3.5G roll out, they will also benefit from a really fast network” conveyed Pippa Dunn, consumer chief marketing officer, Everything Everywhere. “As a result, we’re definitely the number one place to go for those wanting the best all round performance on their new iPad.” 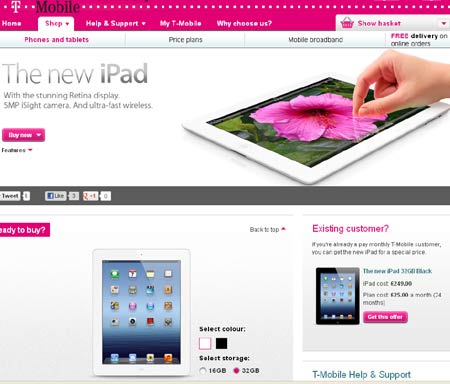 Although the new iPad has originally been released in 16GB, 32GB and 64GB storage capacities, it looks like T-Mobile is in no mood to push out the 64GB edition. At least, the official UK website of the network operator offers no option for the last mentioned model. In addition to this, the carrier won’t take advantage of the tablet’s 4G LTE compatibility. The T-Mobile UK version will operate on 3G or 3.5G networks.