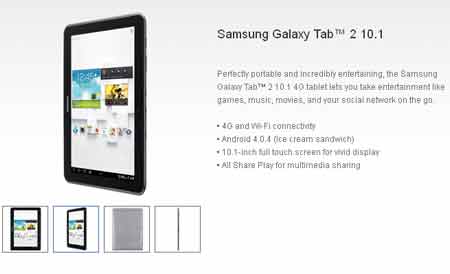 The Samsung Galaxy Tab 2 10.1 is scheduled to arrive through T-Mobile as its release date is said to fall next month. The device in question has hit availability status in various locations around the globe and in addition to the aforementioned provider, Sprint will also carry the slate on its network in the US.

The Galaxy Tab 2 10.1 is mainly aimed as an entertainment tablet for accessing games, music, movies, and social networks whilst on the go. In August, the device went up for grabs in the UK and it was even available through Office Depot in the US around 5 months back. The device is pre-laoded with the Android Ice Cream Sandwich platform and it packs in a 10.1-inch display just as its name suggests. 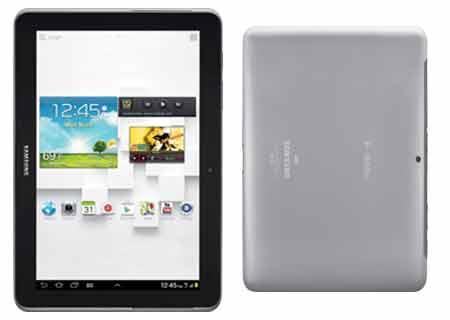 The integrated flash storage here amounts to 16GB and according to T-Mobile, the tablet’s overall hoarding capacity can reach a total of 48GB with the addition of a 32GB microSD card. A 1.5GHz Qualcomm processor gets things done with assistance from 1GB of RAM. The device supports the carrier’s 4G network along with other connectivity features such as Wi-Fi and Bluetooth. It sports dual cameras, a 3MP one on the rear and a VGA snapper on the front for video calling.

The Samsung Galaxy Tab 2 10.1 will be available starting November 14, 2012, on the carrier’s Value Mobile Broadband Plan for a price of $199.99. Customers will also have to sign up for a 2-year subscription and make 20 payments of $15 each month. The device can be picked up with a Classic Plan as well, for $349.99 after a $50 mail-in-rebate and a 2-year service agreement.