T-Mobile adds One Touch Fierce, Evolve to its budget portfolio

After a streak of high-end and mid-range device launches, T-Mobile has started to show the affordable category some love through the One Touch Fierce and Evolve smartphones. The newly introduced duo aren’t LTE compatible like the LG Optimus F6, but the carrier notes that they can operate on its 4G HSPA+ network in the US.

The One Touch Fierce which is pictured below, is the more capable handset amongst the two. The device flaunts a premium design and it delivers a taste of Jelly Bean through the Android 4.2 platform. The go-to chipset for the majority of affordable smartphones is present here as well. The 1.2GHz quad core MediaTek processor does the heavy lifting. Next up is the One Touch Evolve that’s an entry-level device. 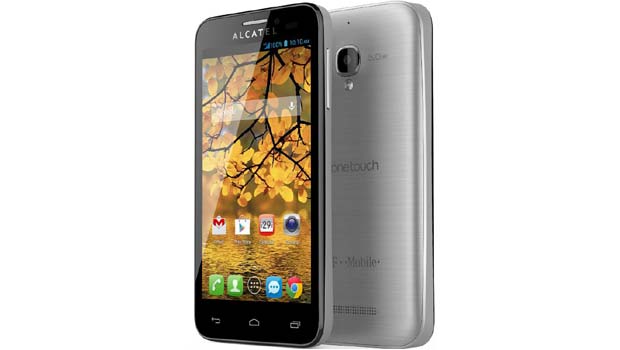 According to the manufacturer, this phone is intuitive and it comes pre-configured out of the box. You’ll get a much slower MediaTek CPU here, a 1GHz MT6575 which is based on the Cortex A9 core and PowerVR graphics, and even an older version of Jelly Bean through Android 4.1. The company notes that both devices will be preloaded with various applications including Swype from Nuance.

Where price is concerned, the One Touch Fierce is tagged at $19.99 down with equal payments of $6 for 24 months. The Evolve will set you back by a $27.99 upfront cost followed by charges of $3 each month for the next 2 years. 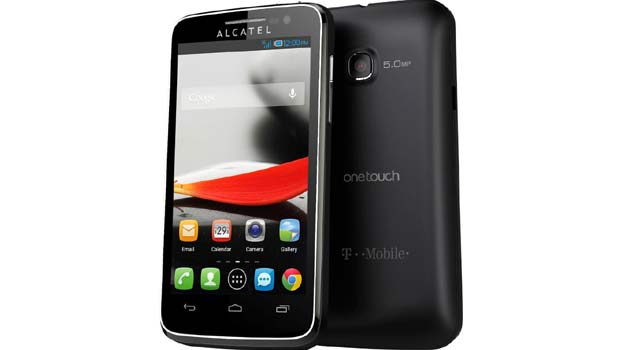 These amounts are sans taxes and are valid when selecting a Simple Choice plan. The former will go up for pre-order on October 23, while the latter can be booked starting October 16. They will be available through T-Mobile’s online and retail stores as well as select dealers.