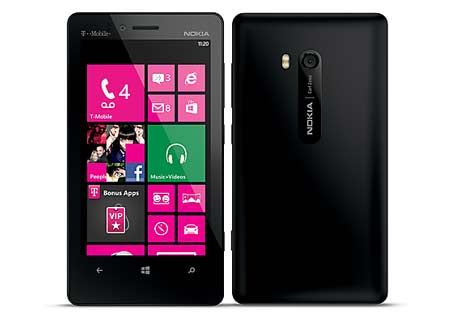 AT&T may have nabbed the Lumia 920 and Lumia 820, but with the T-Mobile Nokia Lumia 810 release date details vaguely out, potential buyers now have an option for picking the latest WP8 offerings from the Finish manufacturer. By the looks of it, the handset is likely to be classified under the mid-range segment similar to the second mentioned device.

Well, neither of the 2 companies has listed out in-depth details of the smartphone. But based on what Microsoft’s said when it announced the Windows Phone 8 platform, it’s safe to assume that the device will be powered by a Qualcomm Snapdragon SOC, a dual core Krait processor is what we’re hoping for. On the design front, Nokia has crafted this piece of hardware with a minimalistic and slim form factor. 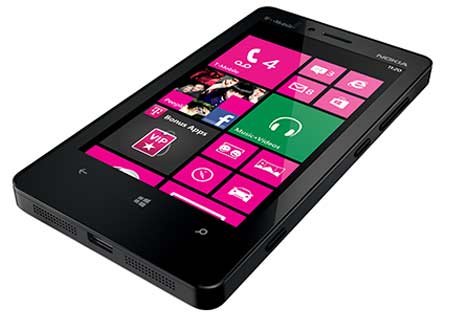 A 4.3-inch OLED WVGA Clear Black display takes its place on the front for delivering visuals in an 800 × 480p resolution. Accompanying the touchscreen is a 1.2MP webcam which allows users to video conference in 720p HD, while the rear sports an 8MP camera with Carl Zeiss optics. And just like the other members in the latest generation Lumia lineup, this handset also seems to supports Qi wireless charging. To top it off, the carrier plans on offering users a choice of exchangeable shells that enable this feature. These covers will be available in cyan and black shades. 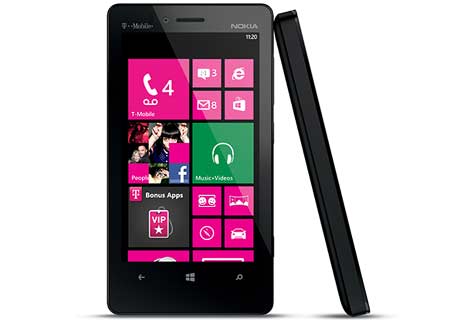 The T-Mobile Nokia Lumia 810 has its launch planned for sometime during the coming weeks. The handset will arrive exclusively though the network provider in the US. There’s no official price as of now.