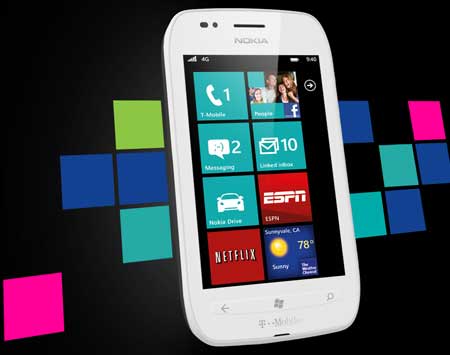 The mystery of the December 14 event has been unveiled and it indeed saw the launch of the T-Mobile Nokia Lumia 710 in the U.S. The Nokia smartphone running Mango OS arrives with the claim of being the company’s first Windows Phone to hit the country’s shores.

The handset’s 4.69 x 2.46 x 0.49 inches form factor houses a Qualcomm 1.4GHz Snapdragon processor and it tips the scale at 4.4 ounces. A 3.7-inch ClearBlack WVGA scratch-resistant screen is in place along with the primary 5MP camera. This snapper is complete with auto focus, LED flash and HD video recording capabilities. The smartphone offers 4G capabilities along with Wi-Fi and Bluetooth options.

“We’re excited to team with Nokia in bringing its first Windows Phone to the U.S. with the elegantly designed Nokia Lumia 710,” states Cole Brodman, chief marketing officer, T-Mobile USA. “Windows Phone offers a compelling mobile OS choice for people who want a smartphone built around them, their family and friends. We expect it to play a more prominent role in our lineup and marketing efforts in 2012. 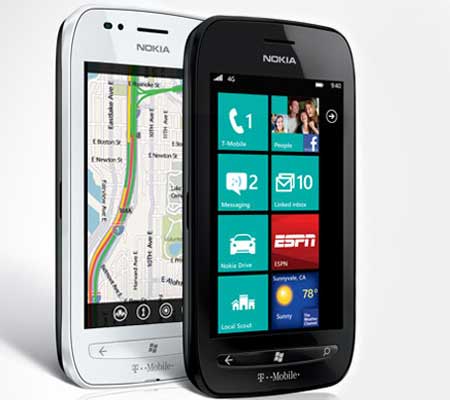 The 8GB memory is backed by 512MB RAM along with SkyDrive cloud storage at users’ disposal. The BP-3L 3.7V 1300mAh battery proffers juice to provide a talk time of up to 7 hours and standby time of 16.5 days. A decent battery life is what potential users may require to enjoy onboard apps like Nokia Drive, Netflix, T-Mobile TV, ESPN and Bing Search with voice activation amongst others.

The T-Mobile Nokia Lumia 710 price tag reads around $49.99 with a $50 mail-in-rebate and a qualifying classic voice, data plan in addition to a two-year contract. The availability is set at January 11, 2012 when the smartphone is expected to hit shelves in T-Mobile retail stores and be purchasable through the carrier’s online portal.