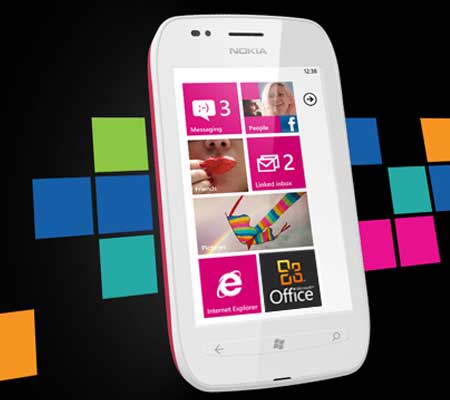 The wait for technology buffs in the U.S. wanting to get their hands on the T-Mobile Nokia Lumia 710 may soon be over since the handset is up for pre-order on Wirefly and can be obtained free of cost. As a part of its pre-sale event, the online retailer is making this Windows Phone device featuring 4G capabilities, available with a new two-year contract from T-Mobile.

The handset dons a 3.7-inch ClearBlack WVGA display and comes fitted with a 5MP snapper possessing AF and LED flash attributes on its rear panel. The internal storage reads out to be 8GB, while 512MB RAM is also present on the device. Being a Windows Phone, it provides no room for external storage so users will have to make do with the onboard memory.

“The Nokia Lumia 710 is the perfect entry-level device for first-time smartphone buyers,” states Andy Zeinfeld, chief executive officer of Simplexity, Wirefly’s parent company. “Not only is the user interface incredibly easy to navigate, but at Wirefly’s unbeatable price – free, the cost is easy to swallow.”

The upside happens to be the pre-loaded ESPN and Netflix apps which proffer entertainment for users who are constantly on the go. Besides running the Mango OS, other features on the phone include Bing Search with voice activation along with immediate access to networking websites such as Facebook, Twitter, and LinkedIn. In addition to conducting search on the web, voice commands can also be given to send texts as well as emails for easy utility. 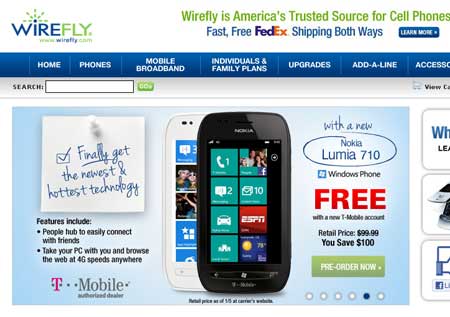 Although the T-Mobile Nokia Lumia 710 can now be pre-ordered through Wirefly, prospective users will be required to enter into a new two-year agreement with a Classic voice and data plan from T-Mobile. The handset is expected to begin shipping on January 11, 2012 in the US.