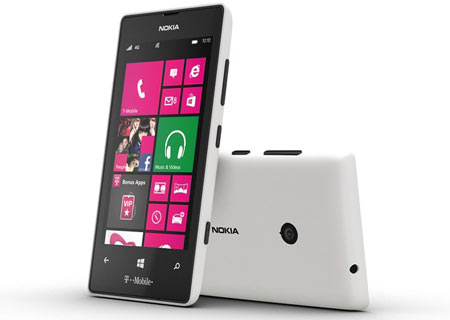 The Nokia Lumia 521 release date has been slated for tomorrow through Walmart, while T-mobile is expected to have the device in stock from May 22, 2013, onwards. The phone falls under the provider’s ‘un-carrier’ notion and it is available sans any contract.

The Finnish manufacturer has deployed its Windows Phone 8 portfolio in every range possible. The phone being spoken of is the most affordable in the lineup and is a carrier-specific variant of the 520. Like all Lumias, this one is pre-loaded with a host of exclusive applications such as Music, Cinemagraph, Creative Studio, Panorama and Smart Shoot. Additionally, users will also have access to the Here navigation suite which includes Drive, Maps, and Transit tools as well as other apps from the Marketplace. 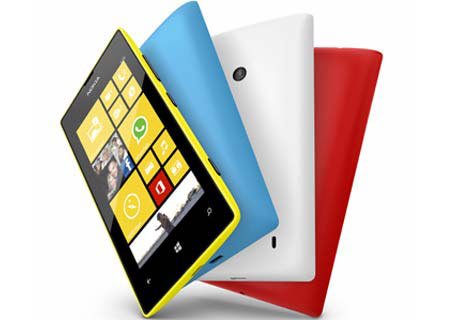 What’s more, this variant is said to feature Wi-Fi Calling. For those who have purchase the phone and cannot access the service, the carrier will be rolling it out as an update over the air starting May 20. The handset is equipped with a 4-inch IPS WVGA screen that offers the super sensitive touch technology which allows users to access the UI with fingernails and even while wearing gloves. Sitting pretty on the rear is a 5MP camera that can record videos in 720p HD.

On the inside, a 1GHz dual core processor through assistance from 512MB of RAM powers up the device. A 1430mAh battery is fitted under the rear panel and it aims to deliver up to 9 hours of talktime or around 330 hours of standby on a single charge.

For reminder’s sake, the Nokia Lumia 521 has already been released in the US through HSN for $149.95. Buyers can opt to pick up the device on the Flexpay payment method which provides interest-free EMIs that start at $37.49 per month. Through T-Mobile’s online and retail outlets, customers will have to shell out $29.99 as a down payment and 24 equal monthly payments of $5 on the new Simple Choice Plan. Walmart will be offering it for $129.88 starting tomorrow.

Here’s a quick overview at the specifications: