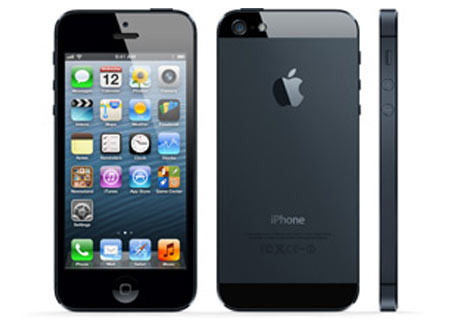 T-Mobile started selling the Apple sixth generation iPhone 5 in the US at a discounted rate and now it seems that the promotion has hit a dead end, bringing the smartphone’s price to $149. The amount specified is only for the down payment and customer will have to shell out a minimum of $20 each month for a period of 2 years.

The iPhone 5 was initially announced for the carrier towards the end of March. This is apparently the first time an iDevice has set sail from the provider owing to the agreement signed with the Cupertino company last year. Back in April, it went on sale for $99.99 with a 2 year contract. Additionally, those with fourth and fifth generation handsets (4 and 4S) looking to upgrade to the latest iteration can trade-in their devices and get the newest member for free. However, the monthly charger will still apply as only the down payment fees are waved off. 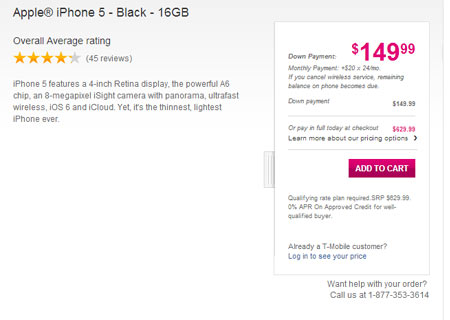 Unlike the introductory retail amount for new customers, this offer will be valid until June 16, 2013. According to the guys over at TmoNews, the hike will result in a $629 total overall payment after 24 months instead of $579. And the 32GB as well as 64GB variants have also fallen victim of the sudden increase. The Apple smartphone is on-sale via major carriers in the US and the manufacturer is even offering it unlocked and SIM free.

The handset is the latest to roll out from the Cupertino giant. Operating on iOS 6, it’s the tallest and slimmest phone the company has designed till date. It features a 4-inch Retina display that proffers an 1136 x 640p resolution and a pixel density of 326ppi. The rear sports an 8MP iSight camera and there’s a FaceTime HD webcam on the front.

The T-Mobile iPhone 5 is already available in the US with the revised price scheme. While the said amount is for the 16GB options, the 32GB and 64GB variants can be purchased for $249.99 and $349.99, respectively. 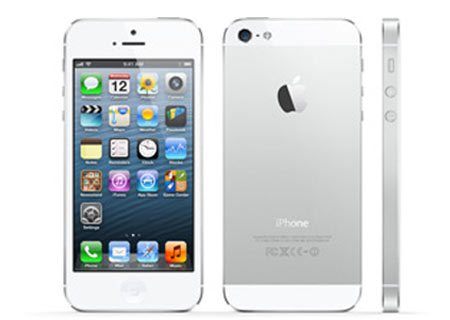 Below are the key specifications: