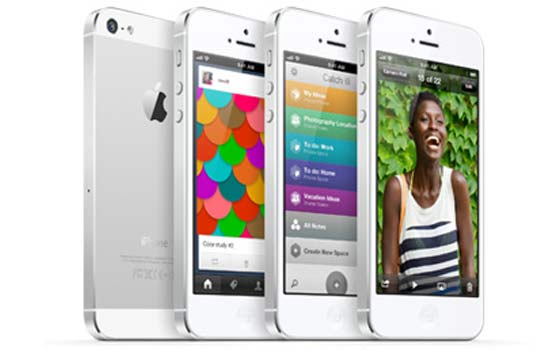 T-Mobile has carried out further modifications to the price of the iPhone 5 in the US, making the smartphone slightly more affordable to purchase, but with an increased monthly EIP. The new price change goes into effect starting today and in comparison to the previous strategy, buyers will now have to shell out $5 less for the Apple handset and pay a dollar more each month.

The iPhone 5 was launched on the carrier back in April, around 4 months after the provider announced that it would offer devices from the Cupertino manufacturer. The handset was initially available for a down payment of $99.99. Additionally, it was also being offered for free when customers traded in their 4 or 4S handsets. Around a month later, the retail amount was hiked to $149 for the 16GB base variant. 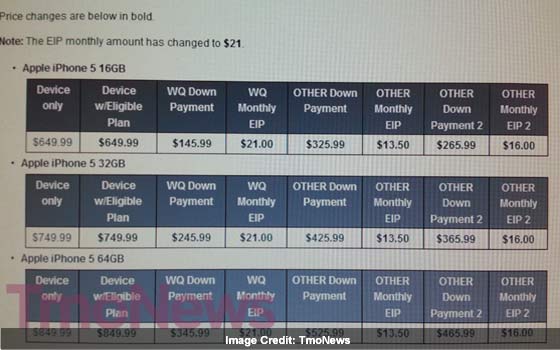 There are no details pertaining to the reason behind the new revised retail tags on the iPhone 5. Where the other amounts shown in the above image are concerned, the guys over at TmoNews state that they reflect the down payments and EIPs for ‘various credit levels.’ Let’s take a quick look at the specifications and features. The phone draws power from a dual core A6 processor. The front is layered with a 4-inch Retina touchscreen and a FaceTime HD camera, while the rear flaunts an 8MP iSight snapper.

The handset is capable of delivering up to 8 hours of 3G talktime or approximately 10 hours of web browsing over Wi-Fi. The iPhone 5 is soon to be old news as a successor is slated for launch in the coming months. Not much is known about the upcoming handset, apart from the possibility of it arriving dressed in the same attire as the current device and carrying dual LED flash.