T-Mobile iPhone 5 could be a possibility, plans to launch Apple devices in 2013 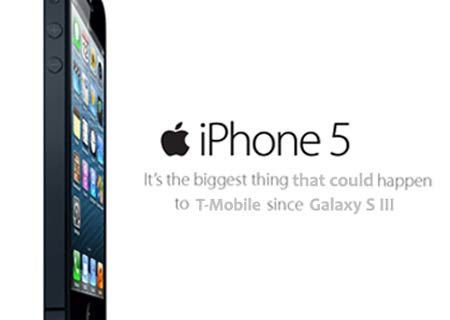 The T-Mobile iPhone 5 is most likely to be a reality as the carrier has signed an agreement with Apple to launch its devices in the US next year. Like they say – Better late than never – the provider should also bring various other iDevices including the new iPad duo, into its arsenal.

This news was revealed through a financial press release from Deutsche Telekom (the carrier’s parent company) and it was also officially posted on Twitter. However, T-Mobile hasn’t provided any details regarding its agreement with Apple, more specifically, which products it plans on bringing to the forefront. If a 2013 launch is what the provider plans on carrying out, then the iPhone 5 along with other devices from Cupertino could go official for the carrier at the CES or MWC. 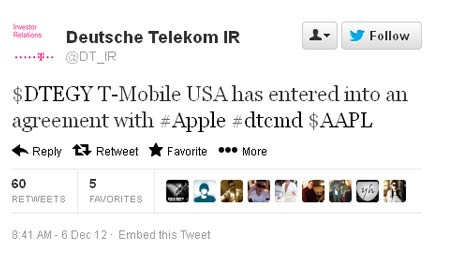 The provider has already tried its luck at getting Apple smartphone owners to switch over to its network. Back in September, it introduced a campaign dubbed ‘Bring your own iPhone’ where the customers can bring in their unlocked variants and sign up with the carrier to redeem special offers. These promotions included unlimited data plans tagged at competitive rates compared to the ones being provided by AT&T.

In recent news, T-Mobile started selling nano SIM cards even before Apple launched the unlocked version of the latest smartphone. Well apparently, reports state that the AT&T variant can be freed from its carrier restrictions through a simple restoration process and it also seems to work well with the provider in question’s network.

T-Mobile is yet to announce the arrival of the iPhone, so specific price and release date details at this moment are out of the question. However, if the carrier does have intentions to offer the handset in the US, we’re likely to see than happen next year. And the phone should be available at a competitive cost matching the tags affixed by other providers. Also, customers can anticipate the arrival of various other Apple devices including the iPad mini and fourth generation iPad as well.

Core specifications of the Apple smartphone: