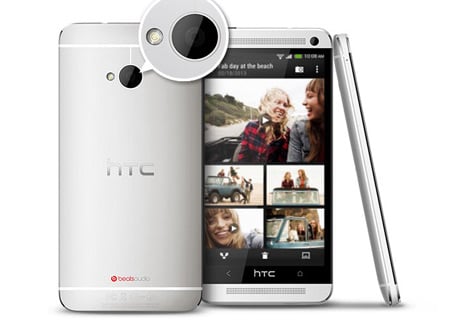 T-Mobile has made official that the HTC One is available for purchase through its online store and the carrier has even disclosed the retail price. The smartphone can be ordered by providing a $99.99 down payment followed by a fixed monthly sum of $20 for a period of 2 years.

The T-Mobile HTC One is the company’s second Android phone to come with a 1080p FHD panel which was first equipped onto the Butterfly. Unlike the former’s 5-inch screen, this one has a slightly smaller display size of 4.7 inches, but possess the highest pixel density which stands at 468ppi. The Android platform runs the show here with the Sense UI layered on top of it. The manufacture has even bundled its BlinkFeed feature which provides news and feeds from social networks in a single screen. 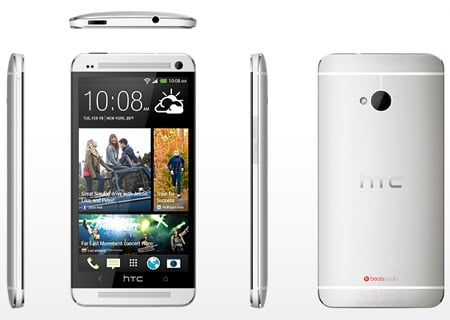 While the display delivers a rich visual experience, the BoomSound dual front stereo speakers aim to deliver rich audio playback through built-in amplifiers. Additionally, the Beats Audio enhancement is also present here. An UltraPixel camera is situated on the back carrying a 4MP count. This snapper can record 1080p full HD videos and capture images in low-light conditions owing to the integrated BSI sensor.

Powering up the device is a quad core Qualcomm Snapdragon 600 processor clocked at 1.7GHz. Accompanying it is 2GB of RAM and storage options of 32GB or 64GB. The 2300mAh Embedded rechargeable Li-polymer battery is capable of delivering around 18 hours of WCDMA talktime or 500 hours of standby. For connectivity needs, the device covers a wide spectrum of technologies such as Wi-Fi 802.11 ac/n, 4G LTE, Bluetooth, DLNA and NFC amongst others.

Starting April 24, potential buyers in the US will be able to pick up the HTC One through select T-Mobile retail channels. As a promotional offer, web-only purchases will be bundled with a free car kit accessory. Other carriers in the country such as Sprint and AT&T have also started selling the smartphone with a 2-year contract for $99.99 and $199.99, respectively. 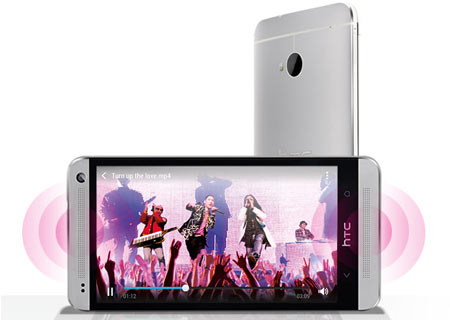 Here’s a quick view of the specifications: