After months of anticipation and rumors, the Google Nexus 4 smartphone is now available for purchase with the price tag of $199.99 through T-Mobile and the Play Store which is offering the unlocked carrier-free versions. The device is the Mountain View giant’s latest flagship Android handset running on the updated version of Jelly Bean. 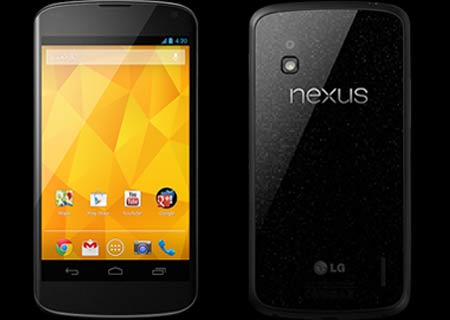 The Nexus 4 is manufactured by LG through collaboration with Google. The device was under heavy speculation soon after the South Korean conglomerate’s next generation flagship handset, the Optimus G, made its debut. The device was officially unveiled along with a 32GB as well as a 3G enabled version of the Nexus 7, and the Nexus 10 tablet which boasts off a high-resolution display. Apart from introducing new hardware, the search giant also showed off its latest edition to the Android OS. The new version is 4.2 and retains the Jelly Bean moniker. The fresh OS features the latest release of Google Now with enhanced voice search, a smarter keyboard with better prediction and gesture typing.

The full retail cost for the Google Nexus 4 is pegged at $499.99 which is higher than the $349 tag affixed onto the carrier-free 16GB variant from the Google Play store. Both 8GB and 16GB unlocked models are currently sold out with no information as to when they will be in stock once again. 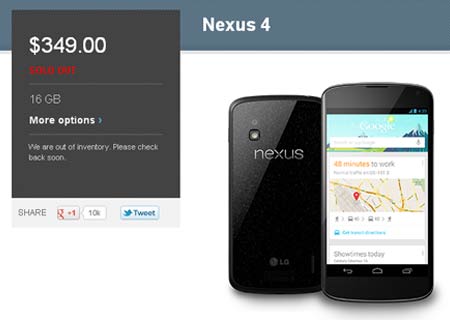