Just few days after it was leaked, the Galaxy Light from Samsung has gone official via T-Mobile. Additionally, the carrier has also announced availability details for the previously launched phones, the One Touch Fierce and Evolve from Alcatel. All three smartphones fall in the budget-friendly category.

The Galaxy Light from Samsung was initially known as the SGH-T399 Garda. The device is basically a mix of the S3 and S4 mini versions. It features broad curves on the sides and the traditional home button below the 4 inches wide display that proffers WVGA resolution. T-Mobile is touting the phone as its most affordable 4G LTE addition to run on Android. Speaking of which, a previous leak suggests that it comes with 4.2.2 Jelly Bean. 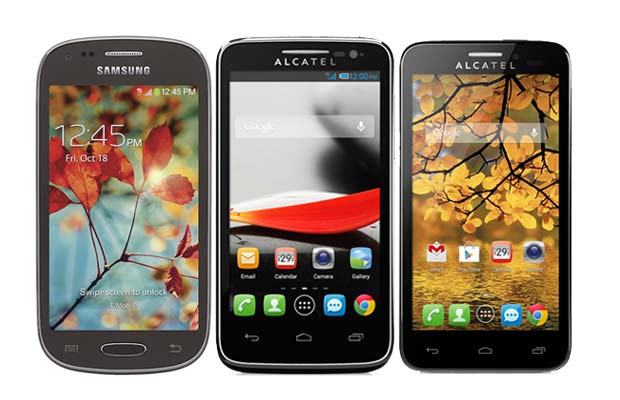 Apart from a 5MP rear camera, nothing else has been divulged about the Galaxy Light. However, you can expect it to arrive with a 1.4GHz processor and Mali 400 graphics. The carrier is yet to affix a price and release date for this smartphone. The One Touch Evolve is now available for purchase through retail stores, select dealers and online. It has a $99.99 full retail price and can be picked up for $27.99 down with $3 payments for 24 months.

T-Mobile has also started selling the Samsung LTE Mobile HotSpot PRO which supports up to 10 Wi-Fi enabled devices at a time. It’s tagged at $49.99 down with $5 monthly charges for 2-years.