T-Mobile may have skipped on the latest high-end tablets from Samsung, but it still has something equally alluring for business customers, the Galaxy Note 10.1 2014 Edition. The device is slightly less powerful compared to its 12.2-inch sibling, but it still delivers a great deal of features coupled with free 4G LTE data each month.

T-Mobile notes that around 1.2GB of LTE bandwidth will be provided to users under its Operation Tablet Freedom program which will be valid up till the end of 2014. The carrier also states that the Samsung Galaxy Note 10.1 2014 Edition will be available on its Simple Choice plan off-contract and the Jump program. The device falls in the 10.1-inch category as the name suggests and it was amongst the first to deliver high resolution 2K visuals. 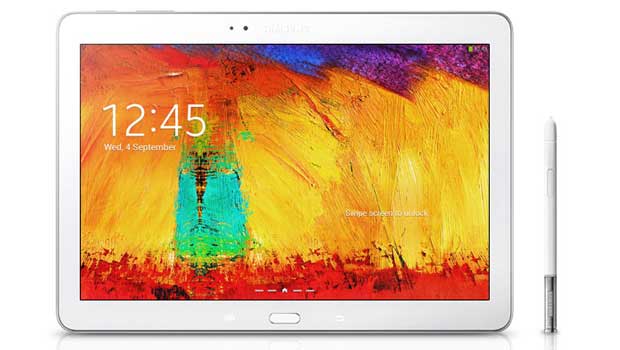 While the HSPA+ and Wi-Fi variants are powered by an Exynos 5 Octa chip, the LTE model comes with a Snapdragon 2.3GHz processor. The tablet is pretty slim at 7.9mm and it features 3GB of RAM as well as storage options of 16GB, 32GB and 64GB with microSD expandability. To get it up and running, there’s an 8220mAh battery onboard.

T-Mobile hasn’t provided a release date or price for the Samsung Galaxy Note 10.1 2014 Edition. However, the carrier does note that the details will be share in the coming weeks. Verizon started offering the slate nearly 2 months back for $699.99, so you can expect it to retail for around the same amount when launch by the magenta carrier.

Here are the specs of the tablet: