The LTE edition of the Sony Xperia Z Ultra has arrived at the FCC to seek approval for entering the US and it is being speculated that the gadget will most probably be released via T-Mobile. This carrier is already selling the device’s sibling, the Sony Xperia Z for no upfront cost and 24 equal monthly installments of $25 with qualifying data plans.

It is not the first time when the FCC is hosting the Z Ultra. Unwired View reports that the commission had greeted the smartphone in June as well, but that variant lacked LTE compatibility. The new version, however, pledges support to LTE bands 2, 4, 5 and 7 in addition to 1700MHz HSPA. This leads the aforementioned website to believe that the phone is indeed coming via T-Mobile in the US. But until the service provider itself confirms this bit of news, we cannot be 100 percent certain about it. Nevertheless, one thing is for sure, that the new flagship Sony phablet will make its debut through network operators very soon. And those who cannot wait for it, can grab the unlocked model which starts at $800 and is available through Negrielectronics. 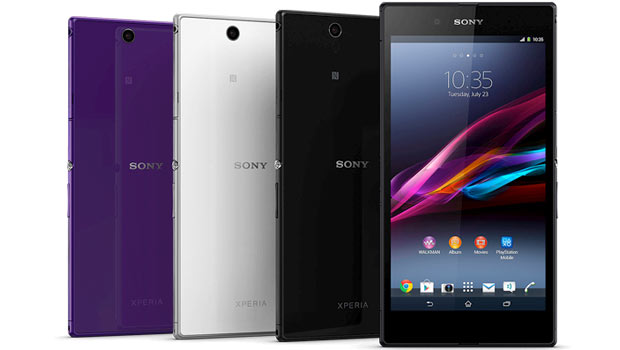 For refresher’s sake, the Xperia Z Ultra’s front panel is dominated by a 6.44-inch multi-touch display that can render clear HD visuals in 1920 x 1080p resolution. Apart from a shatter-proof screen, the phone boasts of a dust- and water-resistant sleek exterior that measures merely 6.5mm in thickness. It runs the Android Jelly Bean 4.2 OS and employs a 2.2GHz quad core Qualcomm processor with 2GB of RAM. Additionally, there’s 16GB of onboard memory and an option to expand it further by up to 64GB using a microSD card. An 8MP camera with auto focus and 16x digital zoom as well as a 2MP webcam have also been thrown into the mix.

As of now, the Sony Xperia Z Ultra has only shown up at the FCC and its availability details for the US have not been given a mention.