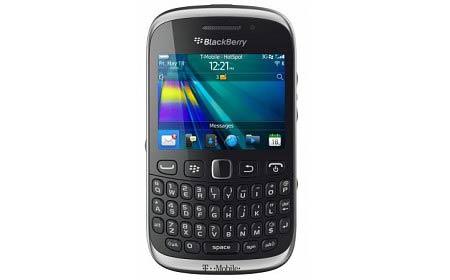 The price and release date of the BlackBerry Curve 9315 have been revealed by T-Mobile and RIM. This smartphone is nothing but the carrier’s version of the 9310 model which is available in the US through Verizon and Boost. It will start being dished out via the network provider’s retail and online stores as well as select dealers and national retailers on January 23, 2013. Interested buyers will be able to grab it with a $49.99 down payment and 20 equal monthly payments of $10.

The 3G-equipped Curve 9315 is being hailed by the carrier as the most affordable BB smartphone available on its nationwide network. Embedded with a trademark QWERTY keyboard, this device also comes stocked with the usual built-in Wi-Fi connectivity which enables its users to seamlessly make calls and send messages over an available Wi-Fi network. The phone has even been pre-loaded with social features like Facebook, Twitter, Social Feeds 2.0 and BBM, of course. 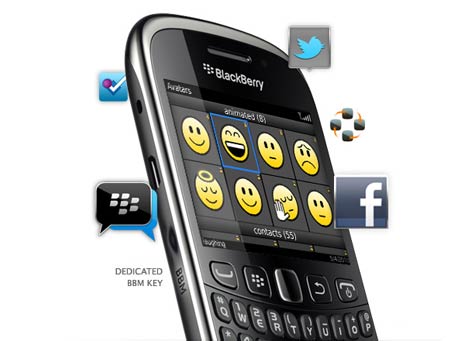 It carries on it a 3.2MP camera which is supported by an LED flash, digital zoom and video recording capabilities. The built-in GPS attribute on this smartphone allows its users to geo-tag the locations of their photographs. While its internal memory has been locked at just 512MB, a microSD card slot ensures that it can be extended till up to 32GB. A 1450mAh removable lithium-ion battery makes its way into the handset, claiming to offer talktime of roughly 8 hours and standby time of up to 18 days.

The launch of this phone will come just days before the unveiling of RIM’s first BB 10-based devices which is slated to take place on January 30. Although no official information about these devices has been disclosed as yet, leaks have ensured that we have a general – if not actual – idea of how they will look like. Purportedly, the Z10 and the X10 are two such touch-based smartphones, the latter among which will also feature a QWERTY keypad. 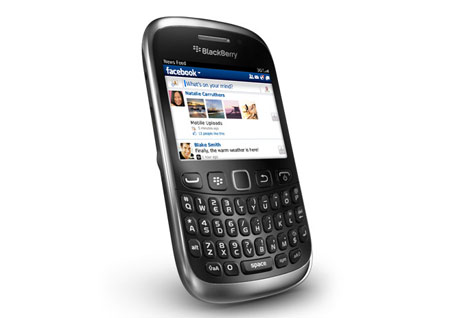 As mentioned above, the BlackBerry Curve 9315 will be coming out through the network provider on January 23. However, an exclusive pre-sale for T-Mobile business customers will be beginning on January 16. Its cost information has been mentioned in the space above.